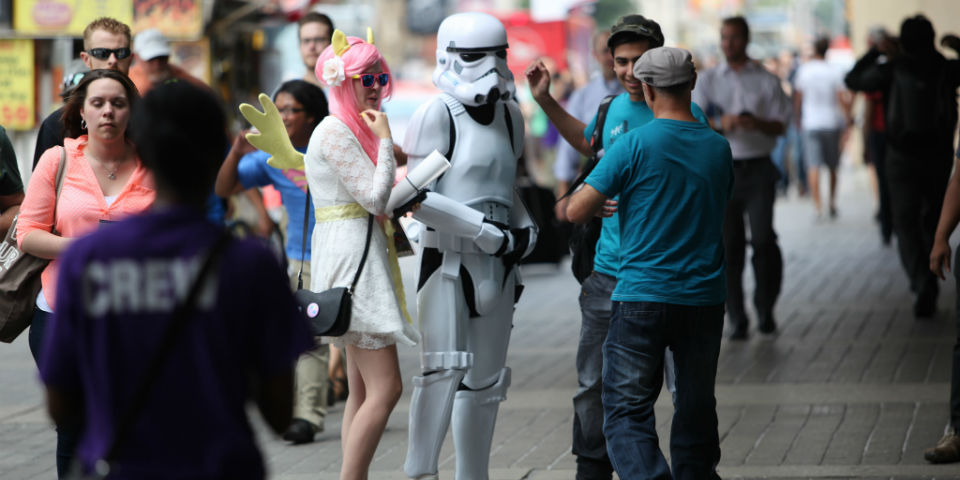 This year’s Toronto ComiCon (not to be confused with Fan Expo Canada) is just around the corner and with it a handful of guests spanning a wide variety of pop culture fandoms! On the weekend of March 16th-18th, Downtown Toronto will flood with the geek masses as Toronto ComiCon opens its doors once again for three days of fun, shopping, playing, and generally geeking out.

Headlining the guest list this year is a newcomer to the Star Wars universe, yet has taken up the mantle of a long-loved character. Joonas Suotamo officially took over the role of Chewbacca in Star Wars: The Last Jedi, and will also play the Wookiee in the upcoming Han Solo standalone film releasing in May. Other stars joining Joonas in Toronto  include:

If meeting celebs aren’t your thing there’s no need to worry as there is literally so much more to do. You can shop literally till you drop. If there’s something specific you’re looking for, there’s a good chance you’ll find it in the shopping section at ComiCon. Artist Alley is always a great time. So many amazing artists with an endless range of different art mediums and subjects. One of the highlights in Artist Alley this year is Greg Hyland, an illustrator for LEGO Star Wars.

Other programming highlights include Celebrity Q&As, cosplayers, workshops and seminars, family zone, and visual artist panels. For those of the night owl variety, there is an official Toronto ComiCon after party taking place at Velvet Underground (tickets are available now).

If what you see here interests you (and how could it not) then check out the website here for the full extensive lists of guests and programming as well as ticket sales. Who are you looking forward to seeing? Sound off in the comments below!