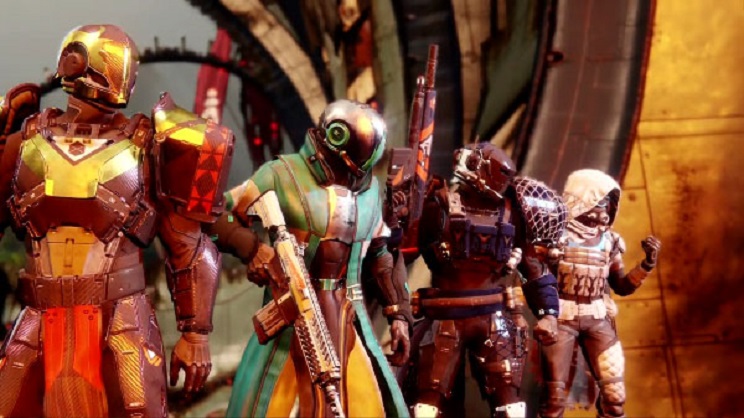 The final few months of 2017 will be an exciting time for gamers thanks to the new line-up of games being released. In a year that has already seen some great releases including Resident Evil 7, For Honor and Warhammer 40,000: Dawn of War III, there are some highly-anticipated new games on the way to see out the rest of the year. Here’s a roundup of some of the best ones to look out for. Destiny 2 is the eagerly-awaited sequel to 2014’s Destiny, which serves as a multiplayer first-person shooter. Like the first game, players were ‘matched’ to fellow gamers, but this time the system has evolved to include Guided Games to help gamers search for other groups who may need additional players for certain tasks. The tasks include both player versus player and player versus environment elements that will keep game play varied and interesting. Arriving at a time when gamers may be facing player fatigue from Halo Wars 2, expect the multiplayer frenzy to start once Destiny hits the shelves.  With a new plot and plenty of new features, this will be top of many gamers’ wishlists this year.

Konami’s Pro Evolution Soccer 2018 is the latest version of the globally popular soccer game. As the 17th version of the game, expect there to be a new range of features, improved gameplay and a load of new players to develop. As the main rival to Fifa, Pro Evolution Soccer is a great choice for PC gamers and will certainly delight existing fans and may even pick up some new ones along the way. If you need further convincing as to why to pick Pro Evolution Soccer, take a look at this great list from TheGamer.com: http://www.thegamer.com/pro-evolution-soccer-15-reasons-it-obliterates-fifa/.

Comic book lovers and fighting game fans unite to enjoy the sixth game in the Marvel vs. Capcom series. The game allows players to play as their favorite Capcom and Marvel characters in tag team-style battles – switching from the three-on-three format of previous games to two-on-two. Fans of classic 2D fighting games will feel right at home with Infinite, which comes with some excellent adjustments to display and gameplay to justify investing in this latest version. The movie Thor: Ragnarok is due for release in November too, so you can be sure that there will be increased interest in this latest Marvel game.

Of course, in addition to PC games – there’s the whole world of online gaming to explore. Whether you want to enjoy casino games with Onlinecasinocarnival.net/roulette or try your hand at the latest version of Angry Birds, you’ll find a great range of new releases coming to smartphones and through browsers – especially with a new iPhone set to launch this month.

With the Xbox One X set to be released in November, the latter quarter of 2017 is going to be a thrilling time for all gamers with regular new releases in the calendar. Stay up to date with the latest releases, including patches and updates for existing games on our news pages.