Final Fantasy VIII launched on February 11, 1999, in Japan on PlayStation. The eighth entry in the long-running series of role-playing games was at the time, a departure for the franchise. See, this is the first game that used realistic proportions for the characters, compared to Final Fantasy VII, the leap was noticeable and welcome.

A noticeable departure to say the least, right? Coupled with beautiful pre-rendered backgrounds and some wonderful FMV cutscenes, Square Soft created a game that was beyond its time. This is the original fantasy based on reality, marrying magic and our world together to create one underrated game.

Look at these beautiful backgrounds and reminisce with me. 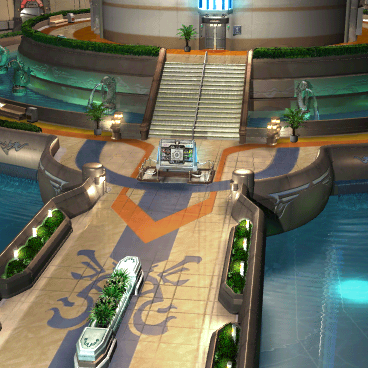 Balamb Garden was a military school, one of three in the world. Here, students trained to become SeeD, a mercenary force for hire, completing missions around the world. It is here we meet the majority of the playable cast including Squall, Quistis, Selphie, and Zell.

Not only that, one of the more memorable setpieces in Final Fantasy VIII, Squall and company infiltrate the Timber Train Station. Here the SeeD members help a resistance group opposing the Galbadia, the two groups work together to kidnap the President. This is one example of 3D models imposed on a 2D pre-rendered background. My 12-year-old mind couldn’t handle the wizardry behind something like this.

Also, Final Fantasy VIII revamped the battle system, a huge change for the series. For the first time ever, enemies scaled with Squall. If you gained a level, so did your enemies. Then, instead of a traditional magic system like in every previous game, Square introduced the Junction system. This allowed players customizable options and incorporated different play styles and without utilizing the Junction system, enemies were still a nuisance.

In Final Fantasy VIII, the summons ended up being a huge component of the Junction system. Known as Guardian Forces, the player could junction summons to party members and from there, customize the party’s stats and abilities.

How does this tie into the magic? By drawing magic found while exploring the world and acting like a consumable item, we equip the magic to the GF, learning the corresponding ability and boosting your power. Also, let’s not forget one of the more wonderful minigames at the time – Triple Triad. Played on a 3×3 grid, each card has four numbers placed in the left corner. each player starts with five cards. To win the round, each player must end with the majority of the cards must be the players colour. The numbers on each card represent the rank and if the opponent’s numbers are higher than yours, they beat your card.

So, on today, the game’s 20th anniversary – I ask, where is a port on PlayStation 4 or a remake even? Well, if you would believe it, Square in the ’90s was a careless company. The tweet from Alex Donaldson below explains the situation the Japanese developer faced after completion of the game. To keep it short, once development finished, Square got rid of the source code and that was that.

As it were, all of these titles with the exception of VIII can be purchased from several storefronts. I can purchase both Final Fantasy VII on PlayStation or iOS, with support coming for Xbox Oner and Switch. Not VIII, however, which only released on PlayStation 3 and PlayStation Portable. If you own a PC, the only option is the shoddy PC port on Steam but it’s old.

I don’t understand why Square Enix treats Final Fantasy VIII like the black sheep of the series. There isn’t anything inheritably bad about the game. In fact, there’s some neat ideas and a soundtrack that’s as iconic as any other entry in the series. Perhaps, the realistic style and ideas implemented might not have sat well with the majority but at 20 years old, this is one of the better JRPGs available.

At some point, Square Enix needs to acknowledge the game, I mean, they’ve been doing so through other avenues. For example. we’ve characters from VIII appear in Dissidia Final Fantasy: Opera Omnia, Final Fantasy Brave Exvius, and Final Fantasy: Record Keeper. It’s clear these characters are still on player’s minds after all these years, why wouldn’t Square Enix want to cash in on the popularity of one of their best titles?

At this point, we have to leave this up to Square Enix and see if they decide to come around on a remake or remaster, but imagine what exploring Balamb Garden with today’s technology might be like.