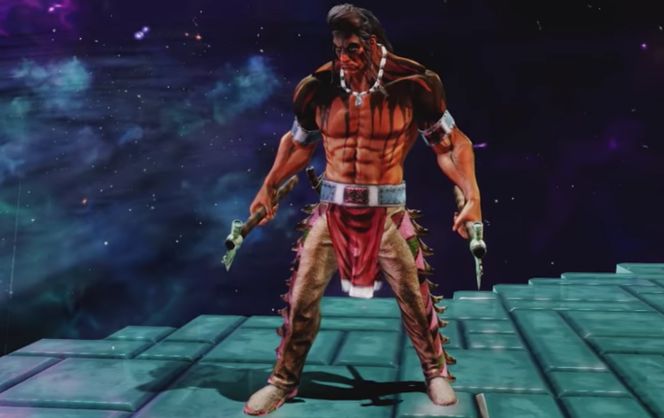 There were issues with what Nez warrior Thunder wore in Killer Instinct. The details were off in the Killer Instinct reboot and developers have done well to correct these oversights.

To get the details just right, the team at Iron Galaxy consulted with Josiah Blackeagle Pinkham and Thomas tátlo Gregory, two representatives of the Nez Percé tribe.

Killer Instinct’s marketing manager Nicole Fawcette took to Xbox Wire to discuss the changes and broke down the new Legend of Thunder pack.

When we rebooted Killer Instinct in 2013 for the launch of the Xbox One, we knew Thunder needed to be more culturally representative, and the Nez Percés were our partners in making that happen. However, the rush of launching a game during a console release, plus the pressure of maintaining a nostalgic look that KI fans remembered, meant we weren’t able to get everything right.

Now, with three seasons under our belts and a community of fans that embraces our game for the chances we take, we knew it was time to make things right. It was time to take care of the Nez Percé community that took care of us.

On behalf of Xbox and the entire Killer Instinct team at Microsoft Studios and Iron Galaxy, I am pleased to announce that the Legend of Thunder costume is available, free, to all Killer Instinct players today. You must own the Thunder base character to access the costume – it’s the first time we’ve had a third costume for our characters, and it’s a special one.

The Legend of Thunder costume is 100% authentic to the Nez Percé warrior tradition – from the new metal axes to the buckskin & beaded pants – and you can check out all the details in Rukari’s blog post over at ultra-combo.com.

Okay, so let’s get to what’s changed on Thunder: