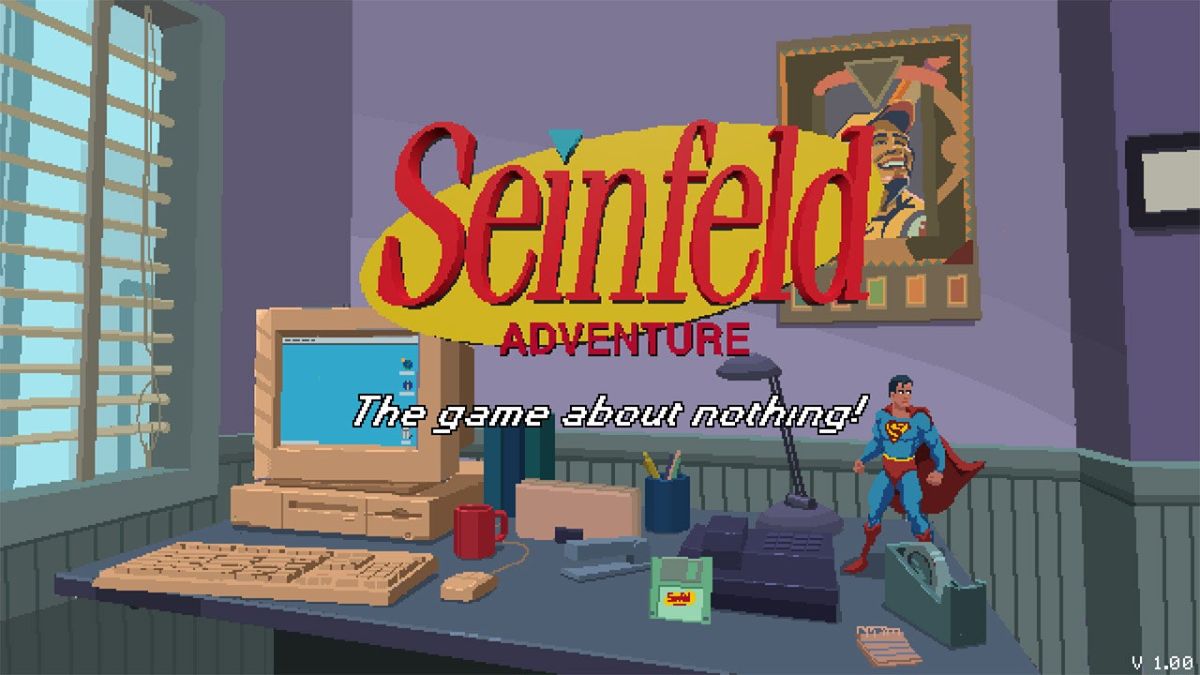 What’s the deal with no Seinfeld video game ever being released? I hope you read that opener in Jerry’s voice because it’s how I intended it to sound.

This unofficial pitch for a Seinfeld game is making waves across the internet and for good reason, it’s a video about what a potential video game about nothing and from the looks of it, will be a point-and-click adventure. In Seinfeld, the conflict also arises regularly from miscommunication or involves novel items (think episodes like The Pez, The Junior Mint, The Statue, The Calzone, The Fusilli Jerry, The Couch, The Big Salad etc). All this melds perfectly with the point-and-click formula!

If you’re wondering if this could work, I think it has all the opportunity to succeed. The television show has been off the air for two decades and still pulls in huge numbers and I’m still waiting to be able to stream Seinfeld on Netflix (which paid $500 million for the rights). Also, the two developers who pitched this do have a background in game development as Jacob Janerka developed Paradigm and Ivan Dixon has worked on Childish Gambino’s Feels Like Summer music video.

From the pitch website, if this were to move forward, it would serve as a continuation with brand new stories to tell where you play as Jerry, George, or Elaine but no Kramer; who serves as a “wild card,” and helps push the story forward but can’t be controlled. While I know thousands of people would love to play this, it’s going to be a tough sell since Jerry Seinfeld isn’t the biggest fan of remakes or anything like that. I’m still amazed we got that Curb Your Enthusiasm storyline where Larry David agrees to a reunion show to win back his ex-wife.

Check out more at the link.