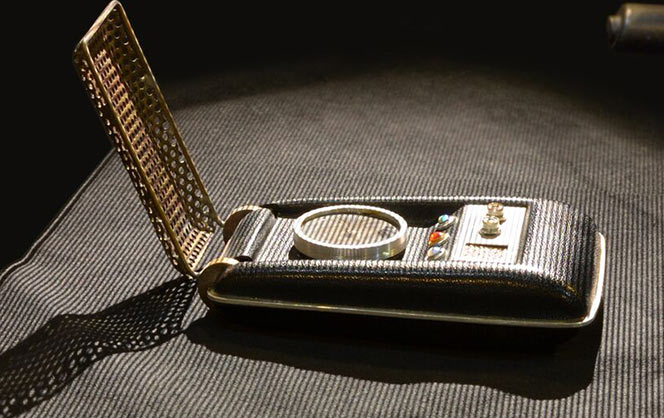 ThinkGeek is once again preparing to unveil its newest products for fans everywhere at this year’s San Diego Comic-Con.  The highlight of the show will be The Wand Company announcing and showing off their newly created, officially licensed Original Series Star Trek Bluetooth Communicator.

This highly detailed and flawlessly accurate Communicator is an exact replica of one of the show’s last remaining hero props.  Structured-light 3D scanning was used to ensure that every curve and line of the original has been perfectly captured.  The device will pair with Bluetooth enabled mobile phones to answer calls with the flick of the antenna grille and serve as a desktop speaker as well. Along with the Original Series Star Trek Bluetooth Communicator, ThinkGeek is also unveiling for the press and public the following other products: