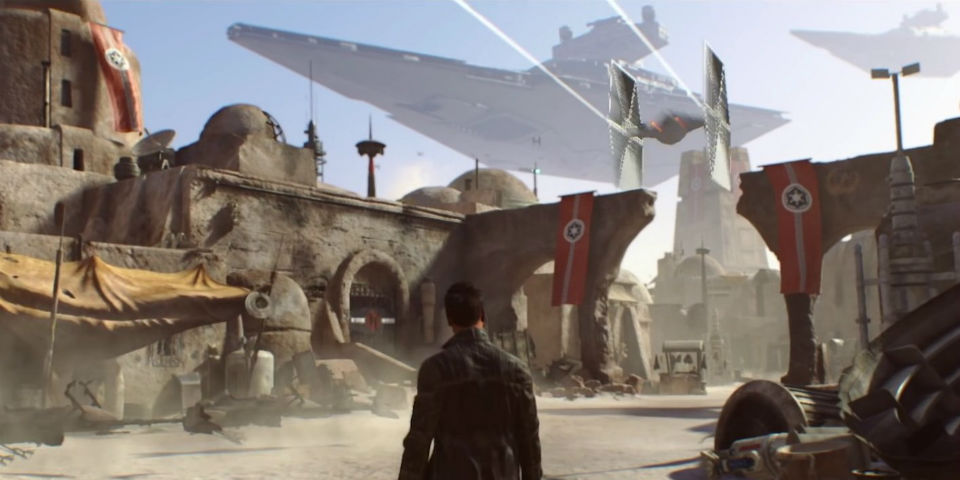 A job listing was posted to EA’s jobs site that may just hint at a new open-world Star Wars game being in the works. Visceral Games was in the process of developing a Star Wars game, as we saw at E3 2016, before EA shut the studio down and began an overhaul on the game. Now, thanks to the job posting, we may have our first hints at the what the game might be like.

The posting doesn’t say much but it’s asking for a lead online engineer at their Vancouver studios. The sentence of note in the posting is “Lead a team to deliver Online features for a Star Wars Open World project.” I’d say this is a pretty good hint at the game still being in the works. Not only that but it will have online features. The post doesn’t include much more information than that besides listing that it’s multi-platform and that the applicant must have “experience implementing Online features such as Matchmaking, Asynchronous interactions, Live services, Server-host migration, etc.”

Are you excited for a possible open-world Star Wars game from EA or do the recent issues with Battlefront II have you less than thrilled? Let us know in the comments.