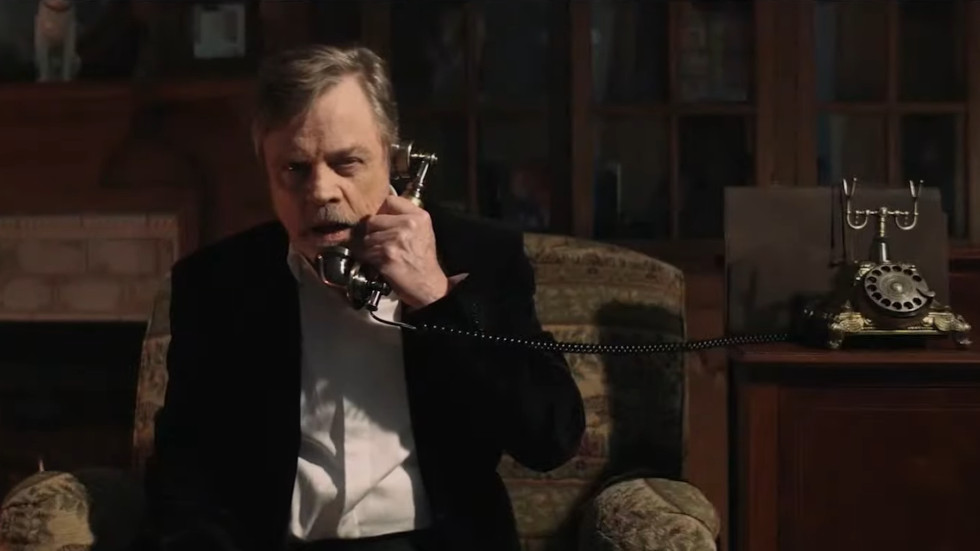 Everything Revealed at Thunderful World

Thunderful Games came in booming during their Thunderful World Digital Showcase with a ton of new games coming out in December and over 2022. Hosted by the affable Mark Hamill — who looks as good as ever, right?

Talk about a headliner! (sorry, not sorry) The cult sensation that is SteamWorld is making the jump from 2D to 3D as a stylized and colourful, third-person co-op action-adventure. What we’ve got so far is a non-game-footage short teaser showing off the steamy wild west shenanigans we can expect is SteamWorld Headhunter.

Speaking of SteamWorld, the team behind it is sticking around for a moment because we saw more of their highly-anticipated exploration-adventure The Gunk, which is coming exclusively to Xbox and PC on December 16th and will be on Game Pass the same day. The Gunk is a comic bookly colourful game that follows Rani and Becks, two space haulers who land on a planet looking to make a quick buck. However, they realize that while cashing in on the various natural resources to be found, there’s a gunk that seems to be the result of such efforts and seems detrimental to the planet’s health, thus creating a moral dilemma. The Gunk sounds like the type of game we need in a post-COP26 world, and I am ready for it!

Are you ready for more Thunderful World reveals?

Well, here’s a game that just washed up out of nowhere! Wavetale is one heck of a beautifully hand-drawn adventure game that appares to be complemented by an amazing colour palette and some fantastic music. As young Sigrid, you’ll explore the open sea and the decaying archipelago of Strandville as you defeat an old enemy and save the people you love with help from your cranky grandma and mysterious shadow who has granted Sigrid the power to walk on water. Wavetale is available now for those with Stadia. But it’ll be washing up onto PC and Console in 2022.

Whatever a Togge is exactly, I want all of them to be real right now! In this 3D platforming game, you must spread adorable Togges of various colours and abilities in order to solve open-ended puzzles, traverse the world and interact with its inhabitants. Togges is promising a world of puzzles and wonder that unfolds across stunning environments like a futuristic city in the Savannah and a realm made entirely of carrot cake! It also comes with a hilarious story, innovative gameplay and gorgeous visuals to convince you that Togges is every platforming fans’ dream. Toggles is coming to consoles and PC in 2022.

Thunderful’s answer to Limbo and Inside appears to be White Shadows, and it’s out on PC, PlayStation 5 and Xbox Series X|S on December 7th. Monokel Games’ introductory offering tells the story of Ravengirl. A young girl on a journey to escape the dystopia of The White City, a dangerous metropolis consisting of a vast network of towers rising high into the dark sky. It’s a story that appears to be full of biting social criticism and vague narrative exposition that’s set in a 2.5D world that looks straight out of a 50’s movie fever dream.

I’ve never found myself thinking that Super Meat Boy and Mario Golf needed to spawn some sort of hybrid hell of a game before. Now, I can’t seem to stop asking myself why I didn’t think of this sooner! In Cursed to Golf you take on the role of a Golf Champion, trapped in Golf Purgatory after a lightning strike stops you dead in your tracks. To ascend back to the land of the living, you’ll need to play through 18 dungeon-like holes. The latest trailer for the game introduces us to Ace Cards, one of the key gameplay mechanics that will give you an upper hand against the devilishly difficult holes of Golf Purgatory. It also shows off the three legendary caddies that will teach you the skills you need to chip your way back to the land of the living.

Cursed to Golf is landing on the green… I mean on PC and console in 2022.

To catch the event in full and see even more great content coming from Thunderful Games over the next year, visit their website.