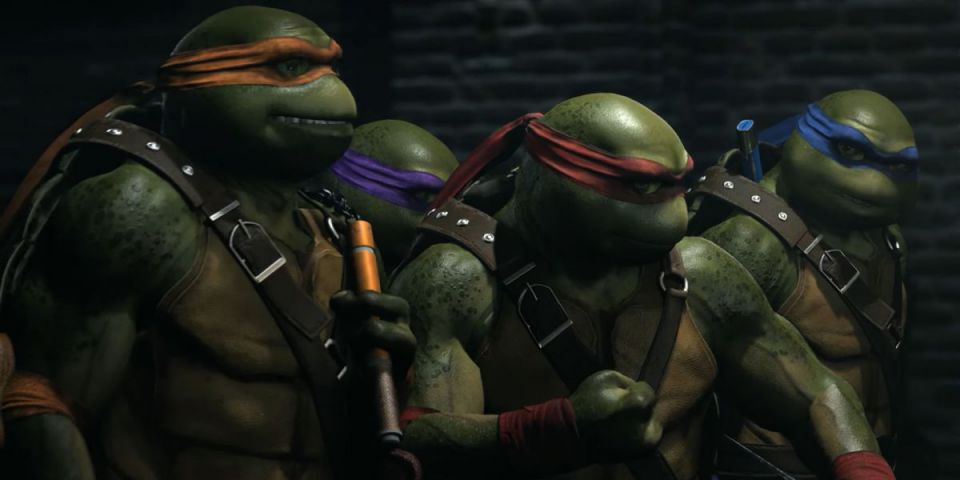 Ed Boon and NetherRealm have been teasing the Turtles for some time now, with snippets and images coming from Boon’s Twitter account. Today, the studio hosted a live stream that featured the four brothers in all their glory.

I like how the developers set up the Heroes in a Half Shell in the character selection screen. Each brother has a distinct fighting style and you can choose your character by selecting their accessories – sword, sai, nunchakus, or bo staff – this lets you play as Leonardo, Raphael, Michaelangelo, and Donatello.

If you purchased the Ultimate Edition of Injustice 2 or Fighter Pack 3, these characters will be available starting next Tuesday, February 13, otherwise, you’ll have to wait until the 20th to purchase them as standalone characters, starting at $9.99 USD.