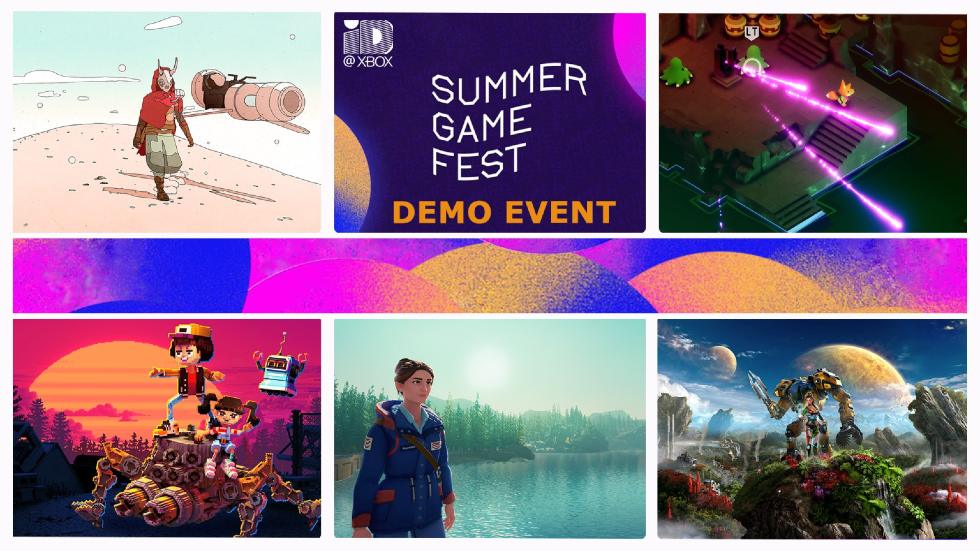 So, have you fully recovered from the onslaught of gaming info we got from yesterday’s Summer Game Festival?

Good! The chances are that you’re ready now to start testing some of the games announced.

And if you are an Xbox player, Microsoft has you covered! As they announce that the Xbox Summer Game Festival Demo event is back starting June 15th and running until June 21st.

During that period of time, you’ll be able to test over 40 games that are coming to Xbox in the near future on your Xbox Series X|S and/or Xbox One.

Now, the important thing to remember here is that this event functions similarly to a virtual convention floor, which means that the game demos available to you are in various states of build progression. So if you are going to be engaging with Microsoft or developers about the demos you try out, be kind and constructive with reporting bugs or issues.

To download the demos, visit your Xbox Dashboard. Demos available as part of the event will be marked, and will only be available for a week. After that, they will be gone! However, some may return to the standard Demo page in the future, so please participate promptly!

The full list of demos will be up at [email protected] sometime prior to the event. However, here are some early highlights:

A mainstay on the Canadian gaming convention scene, Tunic [Andrew Shouldice of Halifax] has seen big growth over its six-year development stage… well, you know, for a game about a tiny fox in a tunic on a daring adventure! Past demos have included a world of mystery, beautiful settings, tight combat and a variety of items. Announced yesterday was a new dungeon to crawl in your demo!

Sable [Shedworks] is another indie we’ve had our eye on for a while. It was first announced for PC way back in 2018, and we’ve had a fair few opportunities to demo it since then, but the game is finally close to completion, so this should be one slick demo!

Sable kicks thing into high-gear on a unique and unforgettable journey where you guide the titular Sable through her Gliding — a rite of passage [inspired by pod-racing] that will take her across vast deserts and mesmerizing landscapes — capped by the remains of spaceships and ancient wonders.

Lake, set in 1986 and playing as Meredith Weiss who leaves the big city to deliver mail in her small hometown caught us all by surprise last year. Over two weeks in Providence Oaks, what she does is totally up to you. This scenic lake town is filled with quirky residents.

The Riftbreaker is an action RPG with survival elements and a base-building component. Playing as an elite soldier/command with the power of a Mecha-suit that can travel between rifts, you’ll hack and slash your way through enemies while building your base.

This voxel turn-based adventure game is set in the summer of 1993 in a Canadian town that is home to strange accidents and mutated creatures. Echo Generation is about a group of kids investigating supernatural occurrences while dealing with monsters.

Microsoft is inviting you to be social with fellow gamers, the games’ developers and the company itself throughout the event by using the following channels on Twitter, Instagram, Discord, Twitch, and YouTube.