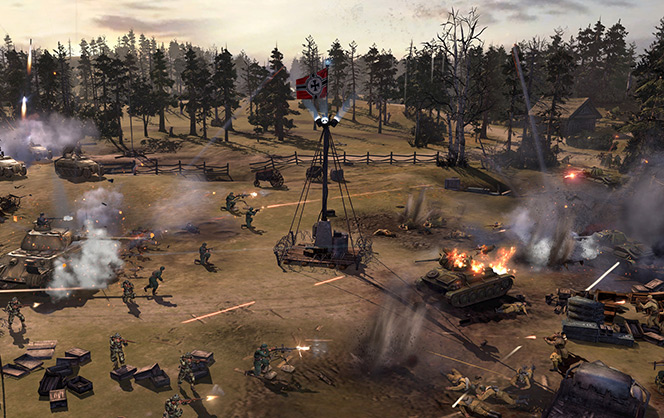 The RTS: How To Be The Boss

RTS games have been a constant for over a decade now, ever since the advent of games like Age of Empires which simply changed the way RTS games worked and played out. The gaming market is dominated with reboots at the moment, and it won’t be too long until RTS games begin to be remade. With the coming release of Dawn Of War III, it feels right to advise those newbies to the genre about how to appropriately play a game to a high standard to avoid being beaten too often. RTS games are mainly on PC, though some can be found on consoles too.

Choose Your Platform
If you are a devout RTS player then you’ll likely have a PC, and in turn, you’ll need a top monitor, to find more out about it follow this link. If you simply enjoy dipping into them every now and then perhaps you use a console. If you have both then you’re better off playing on the PC. Simply because RTS games are uniquely designed as a point and click type game. Try playing something like command and conquer on a console, and then the PC and you will see which plays best. Choose the right type of platform that suits you and you’ll start well and do fine. You need to ensure you have the right set of tactics to use properly. Some people like to set up defensively whereas others like to keep attacking. Do what suits you best. If you’re defending, keep a force in reserve to counterattack, keeping your foes on your feet and remember, whatever style you choose to play you need to adapt to others to ensure you succeed. Some games mean whatever faction you use, you can adopt the same tactics as everyone else. This is the case with the tried and tested Age of Empires. The only difference between the factions is one unique unit and the facade of buildings being different. Yet, there are some games where factions do matter.

Choose The Right Faction For You
If you like to play the stealth type faction, then choose one with those abilities to ensure you can sneak up on your foes. If playing Dawn Of War then the Eldar are the go to faction here. If you prefer muscling your way through everything then go for the Orks, who are strong enough to soak up some damage whilst surging forward. Company Of Heroes, another stellar game with rave reviews plays in the same way. If you are defensively minded you play as the British, who can place deadly defensive installations. If you are attacking, then go for the Germans with their blitzkrieg tactics. If you get the faction that complements your playing style you can do a much better job because you marry up well. Sure, you may want to experiment from time to time. But trying to defend with an attacking force can be tricky, especially if you don’t have the built options available for defensive structures.