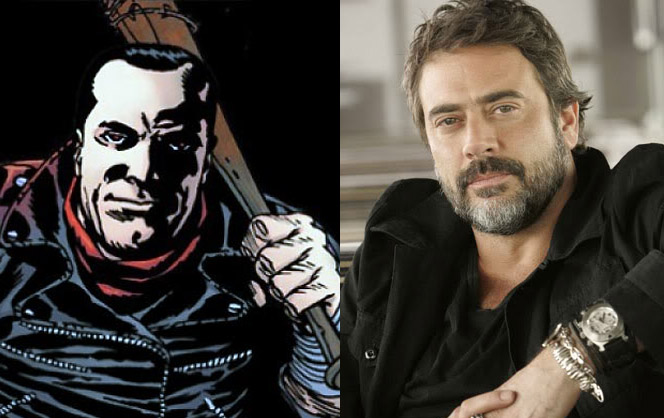 The Role of Negan Cast on AMC’s The Walking Dead We’ve waited too long, and speculated for months on who was going to be cast as one of the most (if not, THE most) ruthless villains in The Walking Dead (comic book) series, Negan!

We’ve learned today that the bat-toting leader of the Saviors will be played by none other than actor Jeffrey Dean Morgan, well known for his roles as John Winchester in Supernatural (Sam and Dean’s dad!), The Comedian in Watchmen, and Clay from The Losers!

According to sources, Negan might be making his first appearance during The Walking Dead‘s Season 6 finale. Morgan recently portrayed American frontiersman, Deaf Smith in a five-part mini series called Texas Rising, and can currently be seen in CBS‘ sci-fi drama, Extant.