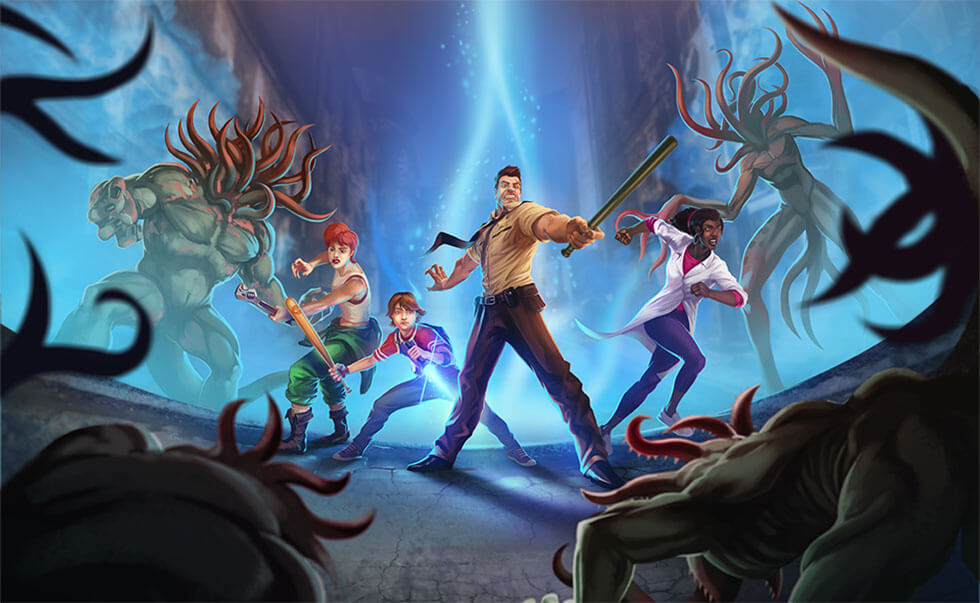 We’ve been stuck inside for two months and by now, I’m sure your backlog is lighter these days. For me, I’m working away at it and playing some of the best mobile games during the quarantine.

I came across The_Otherside a new digital board game from Mark Rubin, a former producer on the Call of Duty series and Barbacube, an indie studio out of Argentina. Invading creatures have taken over the town and it’s up to four survivors to push back the shadowy threat as they scavenge for resources, weapons and clues to turn the tide. Danger lurks around every corner as players make their way through deserted small towns solving puzzles, fighting an increasing horde of strange monsters, and destroying the spirit anchors that threaten their dimension.

The_Otherside features procedurally generated maps and scalable difficulty, and unique towns with every play session, making for an intense and unpredictable experience.

Or if you want something that is a lot more active, Marble It Up: Mayhem! is a platformer that’s been out for some time and now features weekly challenges across new curated maps. If you want multiplayer action, jump into new modes – Team Gemhunt and Zombies. Or go at it solo with a new campaign chapter, all the while doing it in style with new hats and skins.

Cardpocalypse dropped a new Gauntlet Mode this week, where every run is unique in this epic card game. You pick your champion and then fight your way through increasingly difficult battles. Each win you pick new cards, new rules and rewards.

Lastly, No Way Home is back with new missions featuring new enemies. In between those, you’ll befriend new aliens and fight to survive a strange galaxy.