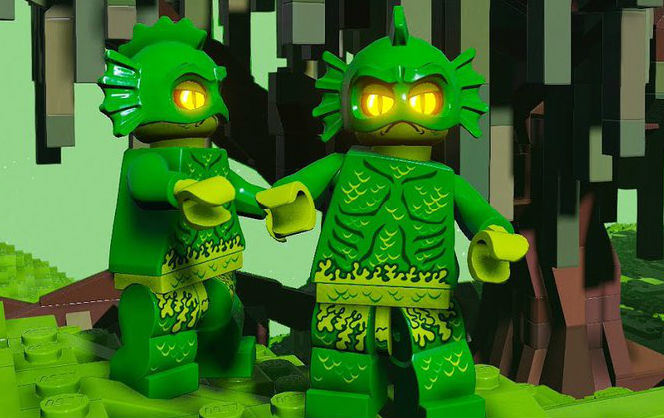 The “Monsters” DLC Pack Is Now Available For LEGO Worlds

The new DLC Pack for LEGO Worlds is now available for purchase and download. The Monsters DLC Theme Pack adds Monsters Town, a place full of spooky quests, creepy creatures, haunted houses, and ghastly vehicles where its Halloween every day of the year. Unfortuately some zombie punks are taking their trick-or-treating a bit too seriously. Players must use their LEGO brick building skills to repair the damage and scare away the zombies with tricks of their own.

Players that purchase a physical version LEGO Worlds for Nintendo Switch, priced at $39.99, will also get the Monsters Pack, plus the Classic Space Pack which was released in July. The digital version, priced at $29.99, includes the base game with the DLC available separately on the eShop.  Both premium DLC packs will be available on all other platforms.

Also available is a free game update which adds a host of exciting new features to make building and exploring easier and more fun. Aspiring directors can now create their own thrilling action sequences with the Camera Car, a vehicle that can be utilized by either one or two players. It is everything a player would need to set up epic action sequences or possibly re-create favorite movie scenes.

The game update adds new tools such as The Planner designed to build LEGO structures faster.  Players can use the various materials and pre-built wall types to get their new buildings underway with ease.  Existing tools have also received significant upgrades to maximize players enjoyment within the game. The Discovery Menu has revised search functionality making it easier for players to find what they are looking for, while new shapes in the Landscape Tool improve how players edit their Worlds. There are also major updates to the Copy Tool, Galaxy Map, Waypoints and other features enhancing the overall LEGO Worlds experience.

LEGO Worlds, a galaxy of imaginative worlds made of digital LEGO bricks where players can explore, discover and create together, is currently available for PlayStation 4, Xbox One, STEAM, and Nintendo Switch.