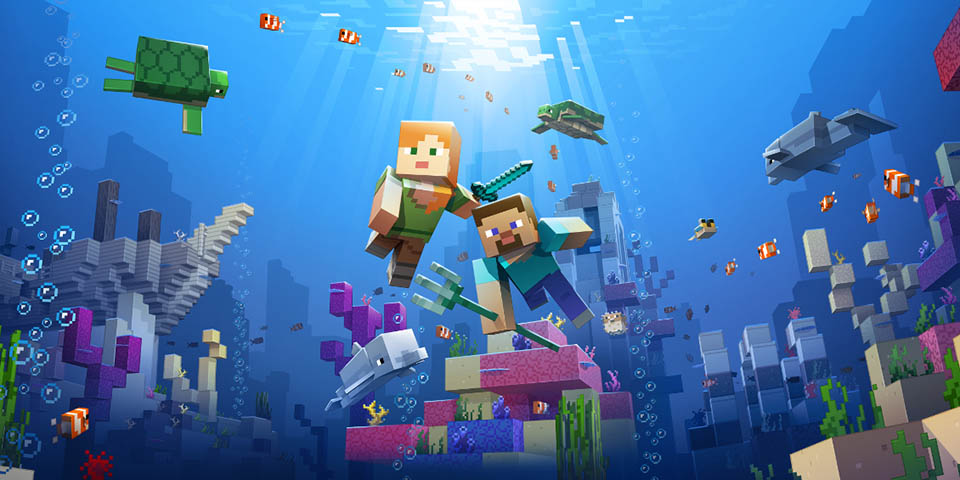 The Life Aquatic With Minecraft

Minecraft’s latest update is all about water! The Aquatic update rolls out today as Phase Two begins for players. The update brings all new forms of ocean life and features that includes over 3000 types of tropical fish, a new weaponc alled the Trident – which has four enchantments – – Loyalty, Impaling, Channeling and Riptide.

Phase One released in May 2018 and brought a ton things like coral and kelp, as well a ton of fish species to Minecraft. The massive hit has seen continuous support for each version of the game.

A full list of changes can be found below. Are you ready for a deep dive under water?