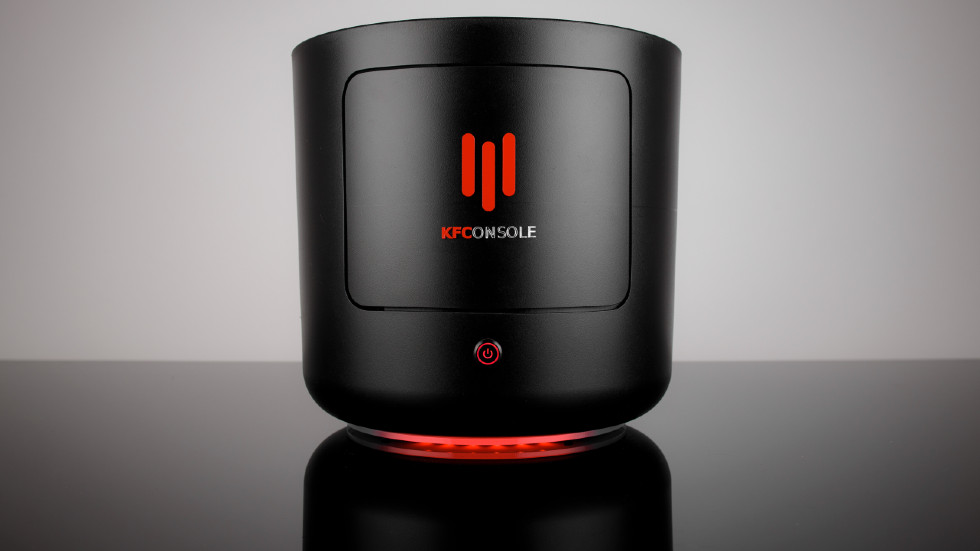 The KFConsole is A Powerful Machine and Apparently Real

After conquering the Steam charts with their smash hit I Love You, Colonel Sanders! A Finger Lickin’ Good Dating Simulator, KFC is looking to finally take a bite out of the console market with the KFConsole.

In June, the connoisseur of fried chicken teased their next big hit, having so many of us curious about whether or not we’d be able to pick up a console with our bucket of chicken. Today, Kentucky Fried Chicken confirms they want to #PowerYourHunger with a meaty, juicy console!

The console wars are 𝒐𝒗𝒆𝒓.

So, not only can you eat your chicken, as the KFConsole includes a chicken chamber to prevent your food from going cold, it also offers an “Intel NUC 9 Extreme Element at its core with a modified Cooler Master MasterCase NC100 as well an Asus RTX graphics card and 1TB of Seagate NVME SSD storage.

This is a real product and it’s a beefy PC by the looks of it. It’s VR Ready, can output 4K, with up to 240 FPS and 240Hz, and includes ray tracing capabilities. The endgame here is to provide an experience that lasts for some time. I’m still amazed they made the case look like a bucket of chicken and then stuffed it with a ton of technology to play games on.

And with both the Xbox Series X and PlayStation 5 sold out everywhere, this seems like the perfect alternative for the time being.