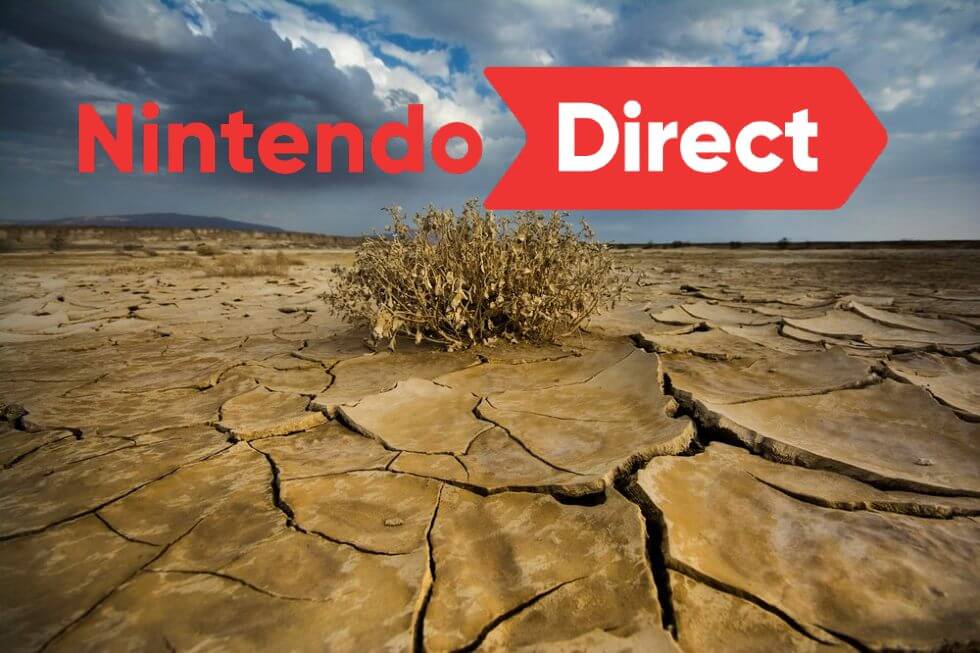 The Great Nintendo Direct Drought of 2020

Rumours of a Nintendo Direct for this week are swirling about, but that’s almost always the case these days, isn’t it? They are something that every Nintendo fan can get excited about, so naturally, many Nintendo fans will look at any shred of so-called evidence that they can find to predict when the next one is coming. This is a company that is hard to predict though, and any patterns people seem to pick up on tend to get broken soon after their discovery.

2020 in particular has been full of rumours and insider secrets trying to pin down when Nintendo is going show off what they’ve got in store for us, as it has been close to a year without a proper full-length Direct. Sure, we had a Mini Direct in March, an Animal Crossing Direct in February, a few Indie World Showcases, and the introduction of a brand-new format, the Partner Showcase. But no full-length Direct.

I love that Nintendo has diversified the Direct brand; it helps to temper expectations and allows them to present information to us more often without it getting lost in a larger presentation. Going forward, I think the Partner Showcases will do a great job of keeping everyone up to date, as Nintendo indicated they will be more common in the future (at least, that’s what I understood from the end of the video). Still, though, nothing Nintendo does will quite match the excitement that surrounds a 30-40 minute Direct.

So, when will the next Nintendo Direct be? I have no idea. I try not to get sucked into the rumour mill because I often end up disappointed (though I am finding it more and more difficult to look away). The ongoing pandemic has surely affected any plans the company had for this year, and they have said that any game they show off in any of their presentations could face delays.

But I think it’s foolish to say that they have nothing for the end of the year except for Pikmin 3 Deluxe. It seems that Nintendo doesn’t want to announce anything too early; that’s why we had Paper Mario: The Origami King and Pikmin 3 Deluxe announced on Twitter two months before their release. And again, this is something that I can appreciate. I like not having to wait too long for a game that I’m excited about. So yes, I think it’s likely that we will have a holiday title or two (maybe those 3D Mario remasters so many people have been going on about), we just may not know about it until September or October.

Although we might not know when the next one will be, it’s still fun to speculate. But many people tend to put a lot of pressure on these events. There seems to be this expectation that a Nintendo Direct has to blow everyone away with nothing but massive game announcements, otherwise it was a waste of time. Look at any “leak” on 4Chan and you’ll see what I mean. As we’ve seen in past Directs though, there is always a wide array of titles, from big first-party games to third-party ones finally releasing on the Switch, and everything in between. Going in, I know not every announcement is going to cater to my specific tastes, and that’s ok. I just love the excitement of it all.

Of course, I have my wish list for an upcoming Direct, as I’m sure most Nintendo fans do. An update on the Breath of the Wild sequel would be welcome, as would any news on Hollow Knight: Silksong. I’m excited to find out who the next Super Smash Bros Ultimate challenger will be (I’m hoping for Rayman). But I am most eagerly awaiting the return of Captain Falcon and the F-Zero series. I suspect I will still be waiting years from now, but you never know, it could happen.

This article has probably just felt like endless praise for Nintendo from me. And while it’s true that I am a huge fan of theirs, I am aware that they are not infallible. For example, they tend to over-share their games in the weeks leading up to their release, taking away the element of discovery. And I don’t think that the recent Paper Mario/Bakugan Nintendo Treehouse was the best marketing tactic either. Despite all of that though, Nintendo Directs never fails to get me excited. Anything could be announced, and I cannot wait to find out what I’m going to be playing in the coming months.