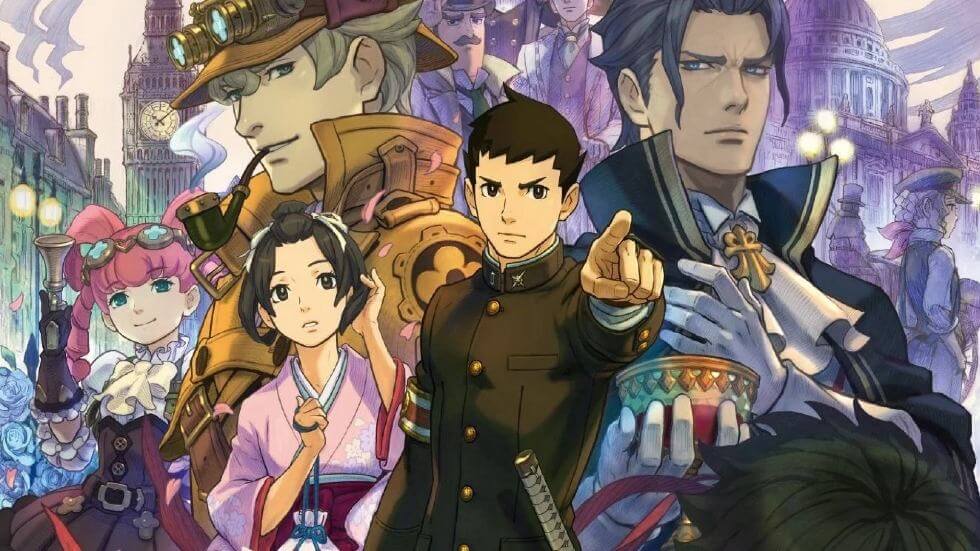 Launching for the first time in the West, Capcom is bringing The Great Ace Attorney Chronicles over later this year as it makes its way over on PlayStation 4, Nintendo Switch, and PC.

The Great Ace Attorney Chronicles is set in two time periods including the 19th century Meiji Period and England’s Victorian era as you take on the role of Ryunosuke Naruhodo as he works to sleuth out the truth in witnesses’ testimonies and clear his clients’ names in court. You’ll also encounter Herlock Sholmes, an over-the-top ace detective as you unravel 10 cases.

Players will put their attorney skills to the test to gather evidence, question key witnesses and defend their clients in the courtroom. During investigations, you’ll work with Sholmes as you engage in a “Dance of Deduction,” to find mistakes in the detective’s logic and find new facts about each case. In the courtroom, you can use the “Summation Examinations” to point out juror discrepancies to help earn a Not Guilty verdict.

The new collection includes 10 episodes and eight “mini-escapades,” dual audio tracks in English and Japanese, alternate costumes, and art and music galleries. Those who purchase the collection early will get the extra “From the Vaults” DLC.