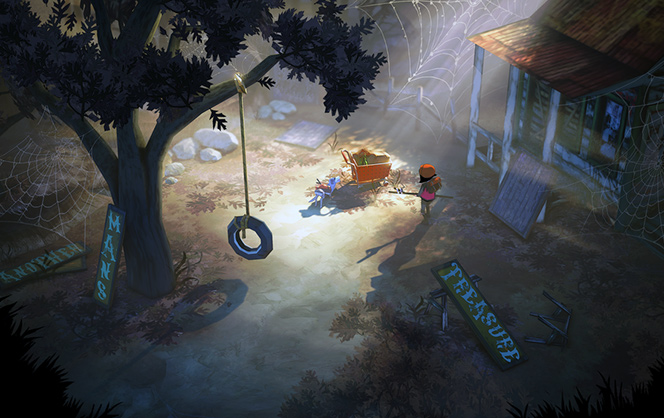 The Flame In The Flood Launches This Month The Flame in the Flood is coming and it’s coming this month! The game is made of ex-Irrational Games developers and is a roguelike survival game set down and through a river in the backwaters of America.

From the Art Director of BioShock and a team of veterans of the BioShock, Halo, Guitar Hero and Rock Band series comes The Flame in the Flood.

Travel by foot and by raft down a procedurally-generated river as you scrounge for resources, craft tools, remedy afflictions, evade the vicious wildlife, and most importantly, stay ahead of  the coming rains.