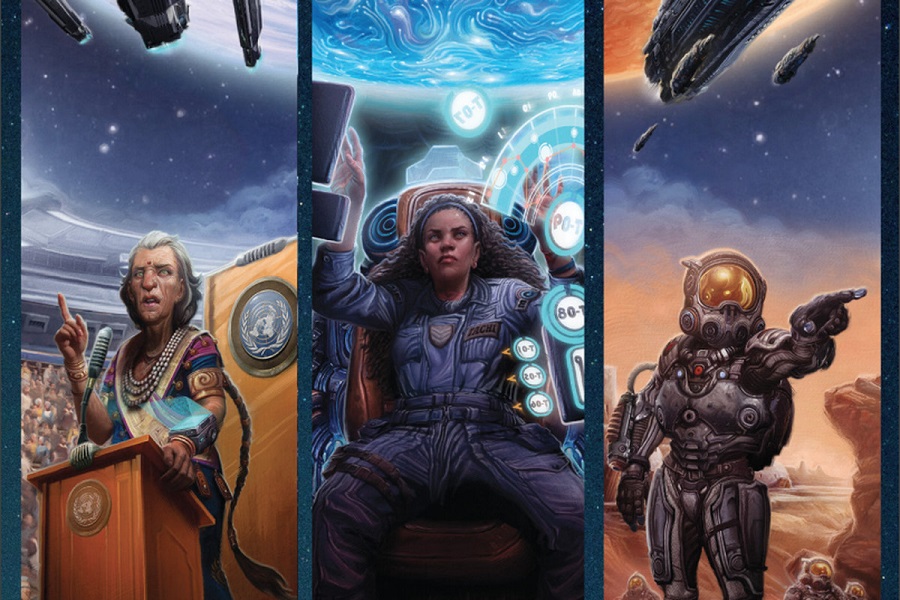 The Expanse Role Playing Game Funded Within An Hour On Kickstarter

With 23 days remaining in their Kickstarter campaign, The Expanse Role Playing game is already funded currently with around $320,000 having only asked for $39, 224 CAD. It received the amount required for funding within the first hour of going live on Kickstarter. The original idea of The Expanse was originally pitched as a game campaign before it was a series of a novels or a TV show. It is very exciting to see that it is coming back to its original idea and bringing the experience into every backer’s home. It is also important to note that this tabletop game has been in development for more than a year and the developers have worked closely with Ty Franck and Daniel Abraham (James S.A. Corey).

The amount of funds being pledged have almost fully surpassed all the stretch goals, so we will see if additional goals will be added once the pledges continue to climb to new heights. Fans of the books and TV show will definitely not want to pass on this great experience! You are also able to download The Expanse RPG Quickstart PDF today for free and it is a 40 page PDF document that includes stripped down rules, pre-generated characters, and an adventure you can take part in.

The Expanse Role Playing Game will be fully funded on August 22 at 9 PM EST.