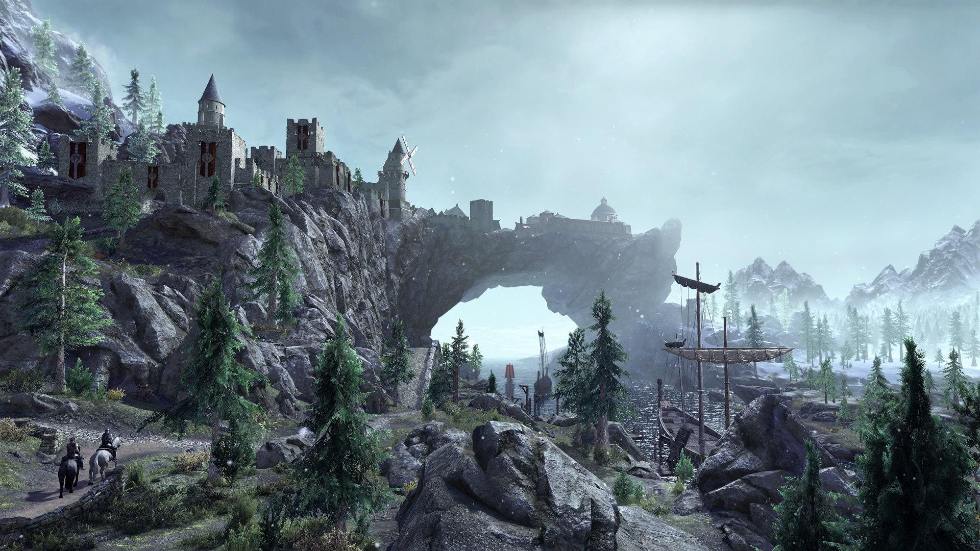 The Elder Scrolls Online: The Dark Heart of Skyrim Is A Year Long Storyline

If you watched The Game Awards last month, Bethesda teased The Dark Heart of Skyrim during the event, and I’ve included the video below.

Yesterday, Bethesda officially revealed the newest expansion for The Elder Scrolls Online, which is set 1000 years before the events of The Elder Scrolls: Skyrim, and offers a new look at familiar lands. Greymoor focuses on vampires from the looks of the trailer and according to the video, is set to launch May 18 for PC and on June 2 for consoles. The press release states that Western Skyrim is in trouble and a powerful Vampire Lord, devours souls to further their mysterious plans. Your task is to defend the Nords and discover the truth behind the evil.

In the Dark Heart of Skyrim, you can experience a new year-long adventure, beginning with the upcoming Harrowstorm DLC dungeon pack and continuing through the Greymoor Chapter and beyond. Currently, in ESO, you adventure along Skyrim’s eastern zones of Eastmarch, Bleakrock, and the Rift, but in this new Chapter, you can explore the other side of the province, including the city of Solitude and the deepest depths of Blackreach, a subterranean world beneath!