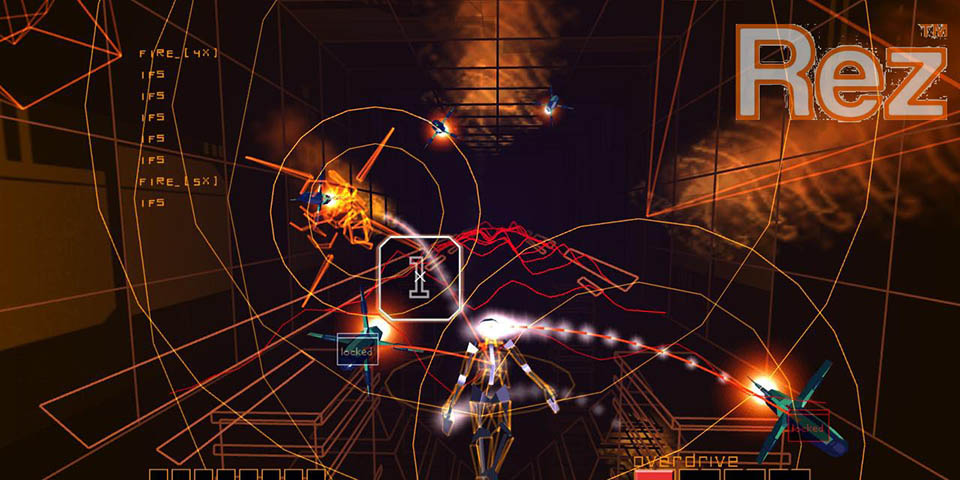 With the vast depth and breadth of games that are now available on every platform, it is all but impossible to know about every single one, especially if they are releases that originate from the annals of history. Luckily, we are here to fill the gaps in your gaming knowledge with the top four games you have never heard of. Be prepared to Google them to find a playable as soon as you’ve finished reading!

Rez is one of those games that stays with you no matter how long ago you played it first. Tetsuya Mizuguchi designed it, and it was initially released in 2001 on the PS2. It was also one of the first music rail shooters of its time.

It’s super similar to the VR hit Thumper, but in an 8-bit Tron sort of way. It’s addicting mix of play and block-rockin’ beats will have you ‘wasting’ copious hours trying to progress through as many levels as possible too.

Steam give it a 9/10, which is pretty good by any standard, and you can even get an updated version for your PC to play, so you don’t have to spend the next five years your life scouring eBay and yard sales. Check out for other gameplay below, so you know what you are letting yourself in for.

The games that Bitcoin Rush offer are perfect for those that love a little excitement in their life. They are designed around a classic casino-style format and also include sports match betting and even a live wagering function.

Of course, they are superior to all the other casino site southern because, yes, the clue is in the title, you can bet and collect your winning in Bitcoins. What could be better for a tech power-nerd?

Coup is a deceptively simple game app that is available on android and apple devices. It’s based on a card game of the same name which requires you to be both devious and cunning. In fact, that is why it’s so much fun! You can even choose to bluff your way through each round or pick a more strategic route, depending on how you are feeling.

The artwork isn’t too bad either, and with the option of being able to run practice rounds or play against friends and random opponent online, there is plenty room for challenge and growth in this game. Check out the gameplay in the video below to see what we mean.

Lastly, for the horror, sci-fear, fans there is the iconic if little know Dark Seed. The graphics are the main selling point here as they are inspired by the legendary H.R Giger, designer of the fearsome Aliens, of the franchise of the same name.

Dark Seed is a point and click adventure game with a distinctly gloomy outlook. It also includes some amazing if retro sounding music tracks and the general sense of tension and anticipation make this a classic that is definitely worth checking out.