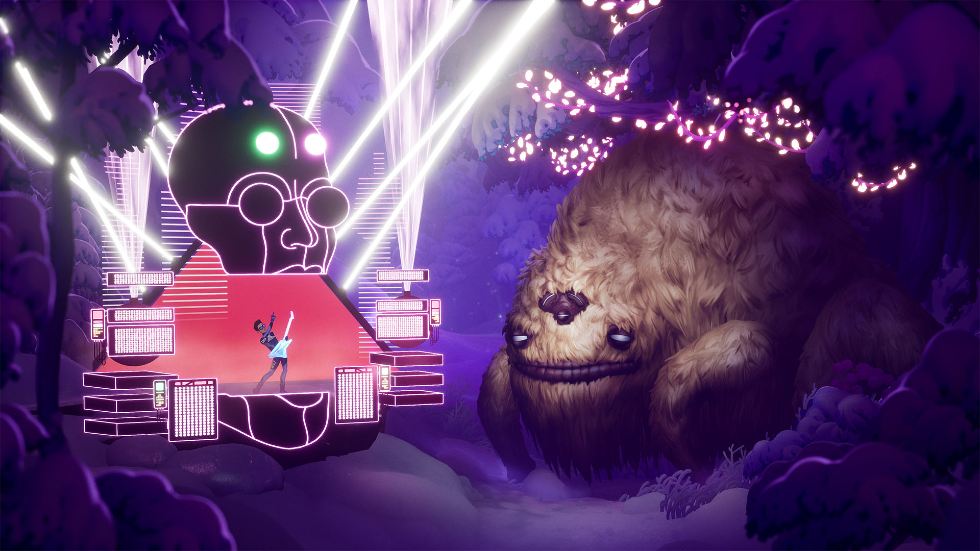 The Artful Escape Is A Psychedelic Platformer

Revealed during today’s Day of the Devs segment during Summer Games Fest, we were introduced to the psychedelic game that caught my eye. Annapurna revealed a walkthrough of The Artful Escape and if you watch the clip, you’ll see why it looks like something not to miss out on.

Even the description makes it sound like an out of body experience:

On the eve of his first performance, Francis Vendetti battles with the legacy of a dead folk legend and the cosmic wanderings of his own imagination. Francis, a teenage guitar prodigy, sets out on a psychedelic, multidimensional journey to inspire his stage person

The Artful Escape will launch in 2020 on Xbox One, PC, and Apple Arcade.