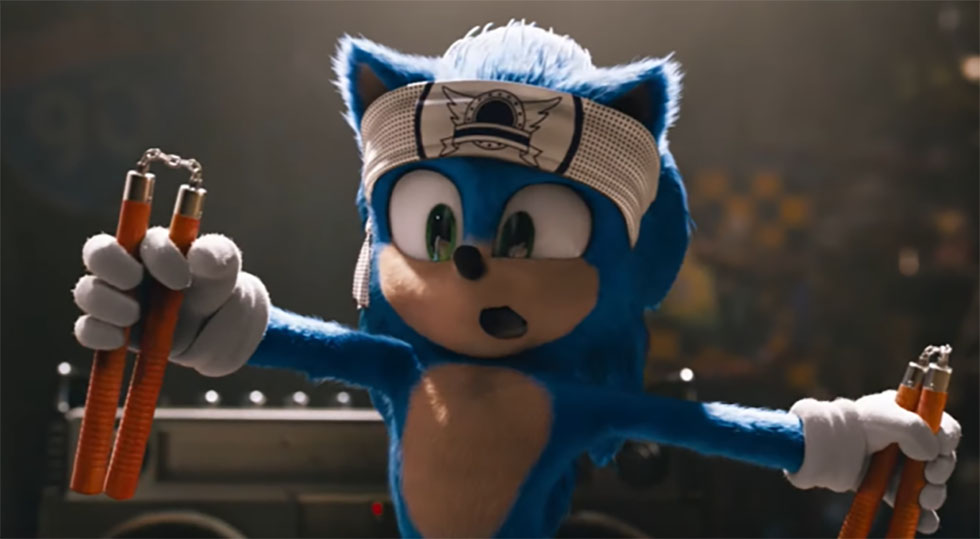 The original Sonic The Hedgehog movie trailer did not go over well when Paramount Pictures revealed their take on Sega’s property. In fact, the backlash was so severe that the studio ended up delaying the film to redesign Sonic in his entirety and months later, we get our first glimpse of the new Sonic.

Tyson Hesse worked on Sonic Mania, which has been one of the better games in recent years. Headcannon and Sega teamed up and created a nostalgic and modern Sonic game that brought me back to my childhood. Sonic Mania was proof of concept that classical gameplay has a place in the market. As it were, when Paramount went back to the drawing board, they enlisted Hesse to work on the new iteration for the film.

Serving as the animation director on Sonic Mania and the miniseries Sonic Mania Adventures, so it makes sense that Paramount would want him to help them get the redesign right. Shortly after the original reveal in March, Hesse posted his own design that more or less is what the final design looks like months later.

I’d say the redesign has been a success, with the internet’s reaction being almost as overwhelmingly positive as you’d expect. Let’s not forget though that while he may have lead the redesign, we have to thank the animators, the riggers, modellers all of who brought us the new design.