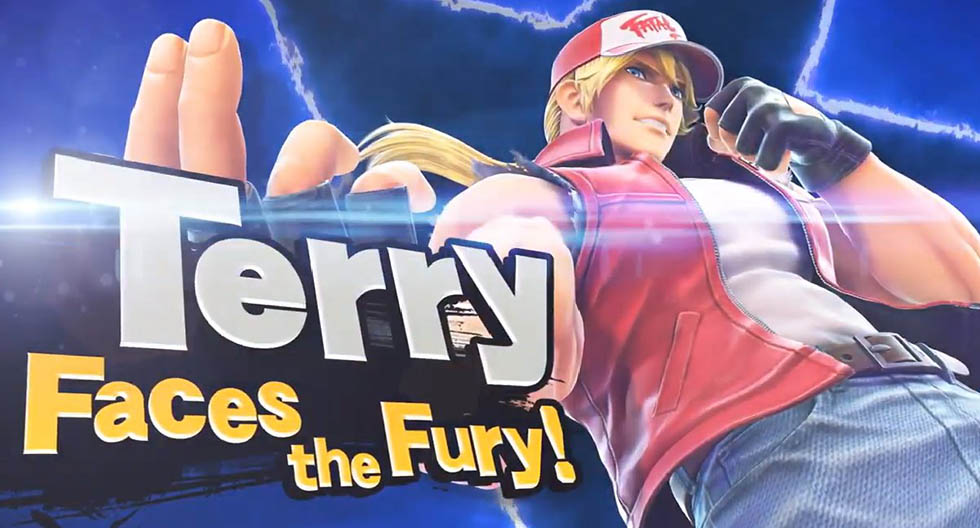 SNK’s Terry Bogard is out today for Super Smash Bros. Ultimate, and you’ll want to watch the presentation with Sakurai to see how exciting the addition is.

In the 45 minute stream from Nintendo, we get an in-depth look at Terry Bogard from The King of Fighters and Fatal Fury as well as learn how much attention and detail he received during creation for Super Smash Bros. Ultimate. From the video, choosing Terry looks to be a smart choice when battling others as he has a moveset that covers nearly all situations. His antiair moves, for example, are different and cover distance depending on which you decide to use against an enemy. I’m eager to dive in later today and see how well I can do with Terry.

Each fighter also comes with their own stage, for Terry, it is King of Fighters Stadium. In the background watching the battle unfold are several familiar SNK characters, including Iori, Ryo, Geese, Tung Fu Ru, Andy, Athena, Kyo, to name a few. In addition, 50 songs arrive later today and some even come with new arrangements for Ultimate.

Lastly, four Mii costumes and those are based on SNK as well, including Nakoruru (swordfighter), Ryo (brawler), Iori (brawler), Akira (brawler), and Jacky (brawler). New Spirit Boards are part of the content that arrive today as well.