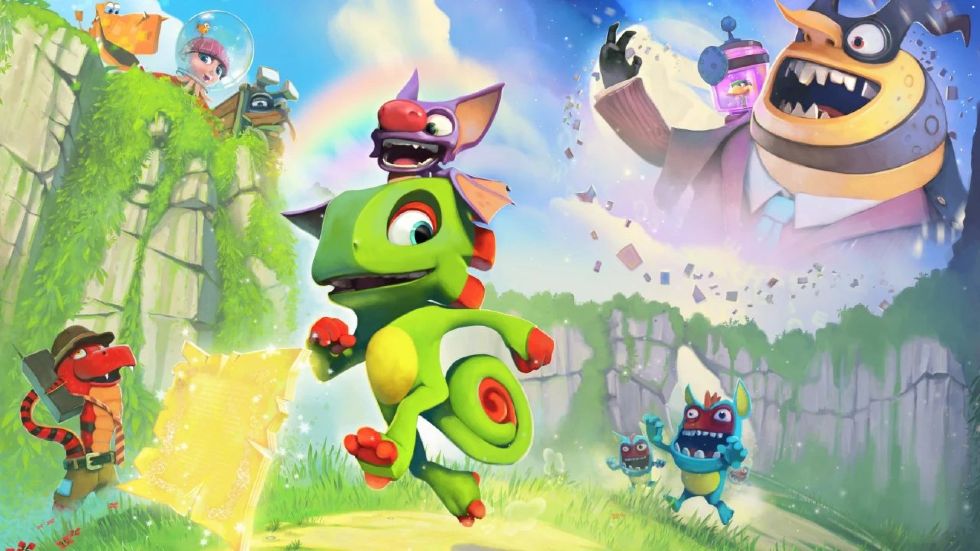 Tencent is doing what Tencent does best: acquiring positions in some of the most promising game studios.

Today’s prospective partner is Playtonic — the British developer most known for Yooka-Laylee and with their new Playtonic Friends publishing division, which gave life to the wildly out-of-left-field hit BPM: Bullets Per Minute, which is a must-play for rhythm and first-person shooter fans!

As of right now, both Tencent and Playtonic report that the partnership is in service of growing the developer’s abilities and staff without causing undue damage to the intellectual property on offer.

According to Playtonic, a large focus for the coming days is to use the investment to scale up operations from their current single-team studio structure to multiple teams in multiple locations, as well as their Derby, U.K. headquarters. There will also be greater emphasis on hiring diverse talent from near and afar. It remains to be discussed if this investment from the Shenzhen, China-headquartered Tencent will mean that Playtonic is eyeing a Chinese expansion in the near future. But at this point, it’s hard to name a country Tencent does not have holdings in, so the opportunities for global expansion are… well, global!

If you take the quote about the new partnership from Playtonic studio head and founder at face value, it would appear that the developer’s aspirations are somewhat intergalactic. “Six years ago, we built a cool, exciting rocket ship, set a course we think is right and exciting. We are thrilled that Tencent agrees with that course and has provided some rocket fuel to further the reach of our mission!” Gavin Price says.

It’s very likely some of that funding will also find its way to Playtonic Friends, whose head, Danny Spiteri, has reacted to the news by adding, “It’s been less than a year since Playtonic Friends was unveiled but, it’s fair to say, it’s made quite an impression in a relatively short space of time. The array of titles that’s already been published is quite something, and I’m excited to see how I can add wind to the sails to help us build on the momentum we’ve already amassed to power us into 2022.”

Whether it’s on a sailboat or in a rocket ship, I’m excited to see where Playtonic goes from here and how Tencent helps! Tencent is doing what