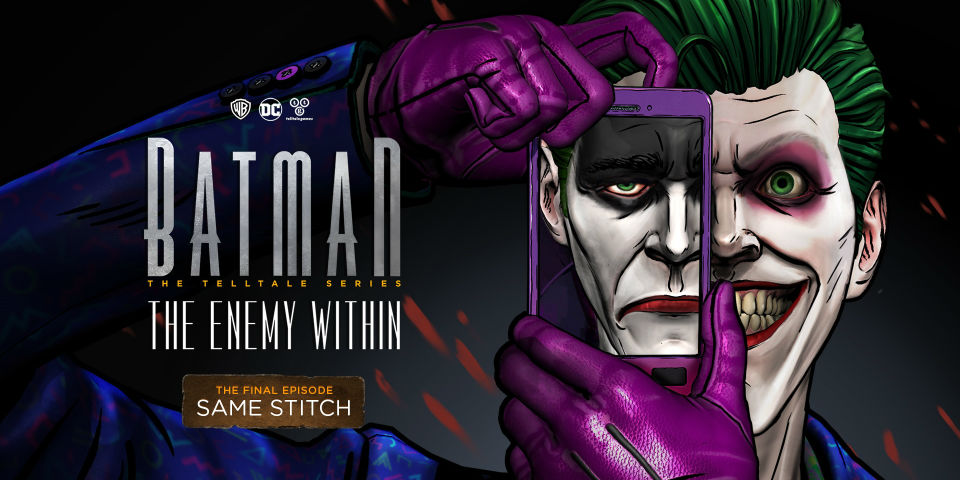 Telltale’s Batman: The Enemy Within Concludes At The End Of This Month

Telltales second series of episodic Batman adventures is set to draw to a close this month.The fifth and final episode of Batman: The Enemy Within is set to release on March 27th on Xbox One, PlayStation 4, PC, Mac, and Mobile.

“What would you choose: a friend whose unhinged approach to justice turns your allies against you, or a sworn enemy who will stop at nothing to see you suffer as your city burns? Based on the relationship you’ve built with John Doe, you’ll see one of two very different stories play out. So what’ll it be, Bruce: friend…or foe?”

The episode, titled “Same Stitch” will see all of the player’s choices throughout the first four episodes finally come to fruition and they’ll finally find out which outcome – and which Joker – they’ll be greeted by in the finale. This season of caped crusader escapades features a take on the classic DC character that’s never been done before, will this be the version you see in the final episode? Only time will tell!

Fun Fact: The script for this episode is longer than the scripts for Christopher Nolan’s entire Dark Knight movie trilogy!

“Without exaggeration, Same Stitch is the most ambitious piece of content Telltale has ever produced,” says Season Lead Writer James Windeler. “We had to adjust our usual development process to accommodate the added scope, but it was super important to us to honor players’ choices, whether they chose to befriend John or not. We had to deliver on the season’s central promise of allowing players to craft their own Joker.”