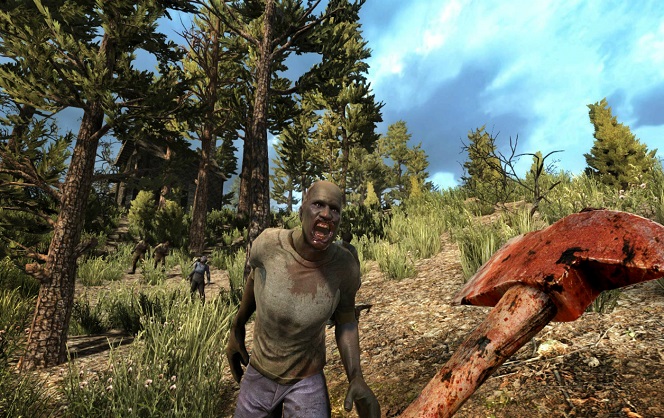 Telltale announced today they are bringing the popular survival horde crafting game, 7 Days to Die, to Xbox One and PlayStation 4 for the first time. The game will launch as both a digital and retail physical game in North America, but only digitally in Europe. So far the RRP is set at $29.99 USD with the game being available to pre-order at EB Games/GameStop, Best Buy, GAME, and Amazon.

Set in a brutally unforgiving post-apocalyptic world overrun by the undead, 7 Days to Die is an open-world survival game that is a unique combination of first person shooter, survival horror, tower defense, and role-playing games. It presents combat, crafting, looting, mining, exploration, and character growth, in a way that has seen a rapturous response from fans worldwide, generating hundreds of thousands of hours of community content on YouTube and other streaming video platforms.

Are you a fan of Telltale’s The Walking Dead? Then listen up. By pre-ordering 7 Days to Die, you will receive exclusive skins from Telltale’s hit series’, including Michonne and Lee Everett.

7 Days to Die will be launching physically and digitally on Xbox One and PlayStation 4 on June 28th in North America and digitally-only in Europe on July 1st. The game is currently available for Windows, Mac, and SteamOS and Linux in Early Access on the Steam Platform.