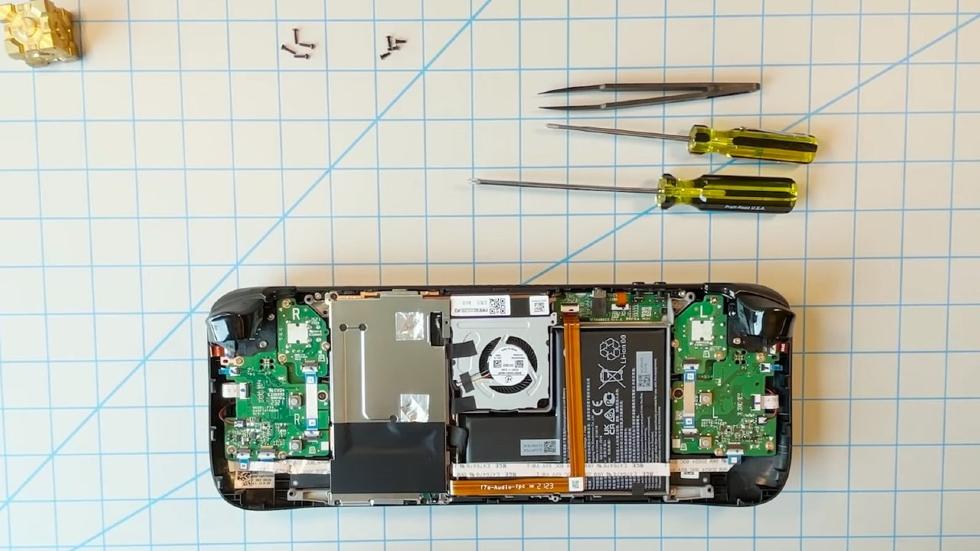 Here’s an Official Teardown of the Steam Deck

Valve has revealed an official teardown of the Steam Deck, the company’s upcoming handheld PC capable of running your Steam Library. In the five-minute video, we get a good look at the handheld’s internal that comes with a heavy warning — you could die if you try to tamper with the insides.

“The Steam Deck is a very tightly designed system, and the parts are chosen carefully for this product with its specific construction, so they aren’t really designed to be user-swappable.” says the Valve employee in the video below. “Opening up and replacing parts might mess things up, like, profoundly.”

Moe than anything though, Valve says trying to get at the battery may kill you by exploding. The video itself is a great breakdown of the Steam Deck components, we see how to replace the joysticks and where the SSD is located and how many screws hold each piece in place.

The video from Valve also confirms they will be sourcing the custom made parts for the Steam Deck soon and will offer “replacement parts, thumbsticks, SSDs, and possibly more” in the coming months.”

Furthermore, the SSD slot uses an m.2 connector and I know some may have opted for the cheaper eMMC storage choice. If you’re planning on swapping that out for something faster, you’ll have to also reimage the drive and restore your games.

If you’re looking to pre-order, you can head here but you won’t be getting it until at least Q2 2022, according to Valve.