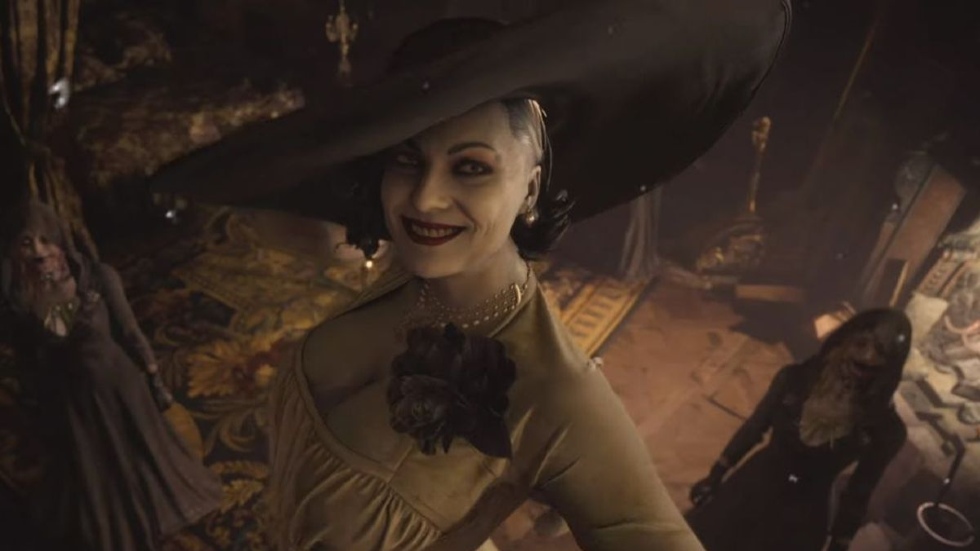 Last week’s announced Resident Evil Showcase is officially in the bag. The almost 20-minute presentation was mostly focused on the upcoming release of Resident Evil Village, but some smaller news was also revealed during the showcase.

The showcase started with a Resident Evil Village sizzle reel, afterword Resident Evil Showcase Host, Brittney Brombacher from What’s Good Games officially presented the show. The host gave a quick tease of what to expect from the show and without any further delay quickly transition into the show properly.

The presentation kicked off least surprisingly with an extended look into Resident Evil Village with an almost 3-minute trailer of the game. The trailer featured cinematic scenes that set up Ethan Winters’ second adventure in the franchise.

It also features the game’s antagonist, Lady Dimitrescu or the tall vampire lady that the internet refers to her as. Fans can’t get enough of her, but I honestly can’t tell if it’s from excitement or if they’re very aroused; probably both.

The eighth mainline Resident Evil game is a very anticipated game coming this year but the question is when can you get your hands on it? Well, Resident Evil producer, Pete Fabiano has the answer, it’s coming out on May 7th to its announced PC, PS5 and Xbox Series platforms.

That’s not all Fabiano has also revealed that the development team has gotten the game to work on current generation platforms like PS4 and Xbox One. If missed out on your chance to get a PS5 or Xbox Series S/X you won’t have to wait on getting Resident Evil Village.

It isn’t all about cinematic cut scenes, Resident Evil Showcase shows off gameplay for the first time and other features as well, like the game’s Resident Evil 4 inspired inventory system. Capcom also revealed the game’s big boy merchant and that you can guard.

You can play a bit of the game for yourself in the ‘Maiden’ demo, the demo is currently available right now but the bad news it’s exclusively only for PS5 owners. Fabiano says a whole new demo will is coming to all major platforms sometime in the spring, hopefully, it’s before release so you can try out the game to see if it’s for you.

That’s it for Resident Evil Village but there is more Resident Evil related news to get into. The first being Resident Evil: Re-verse, which was leaked hours before the showcase started sadly. The game is a standalone multiplayer shooter game that featured deathmatch style gameplay with teams of four to six players.

Resident Evil Re: Verse was created to celebrate the franchise’s 25th anniversary, which features playable characters across the franchise’s history like Leon Kennedy, Jill Valentine, Chris Redfield and more in a comic book art style. When players die they come back as bioweapons like Nemesis, William Birkin, and Jack Baker.

When I saw the game I kind of cringe because the game honestly reminded me of the bad multiplayer Resident Evil games when the franchise was at its lowest. Hopefully, it won’t be that bad, but if you’re looking to try it out you can as it comes free with every Resident Evil Village purchase. I’m of the assumption that it will be playable at launch but nothing official has been said.

The celebration for the franchise’s 25th anniversary doesn’t stop there as Massive Entertainment announced that Tom Clancy’s Division 2 is getting a limited Resident Evil event.

During the event –from February 2nd to the 15th – you’ll be able to collect iconic outfits and items from the original Resident Evil trilogy. If you log in during the event, you’ll get your hands on Leon Kennedy’s Raccoon Police Department outfit.

Be sure to log in during The Division 2 x Resident Evil 25th Anniversary Event and claim exclusive rewards!

Get the Leon Kennedy RPD Outfit by logging in Feb 2-15. pic.twitter.com/hU9BeqSJmq

Netflix’s upcoming 3D CGI Anime series, Resident Evil: Infinite Darkness got an update but to be honest not that much of one.

The franchise’s animation Producer at Capcom, Hiroyuki Kobayashi talked a little bit of the plot of the upcoming series, which takes place a few years after Resident Evil 4 and features Leon and Claire. The two characters will get themselves into another zombie outbreak when it premieres sometime in 2021.

That’s it for now, I was sorta expecting a tease of the Remake for Resident Evil 4 when I knew that other news was going to be featured during the Resident Evil Showcase. Sad it wasn’t shown but the 18-minute showcase was a fun ride overall, I’m a little more excited for Resident Evil Village even though I know I probably won’t pick it up at launch but maybe sometime down the line.