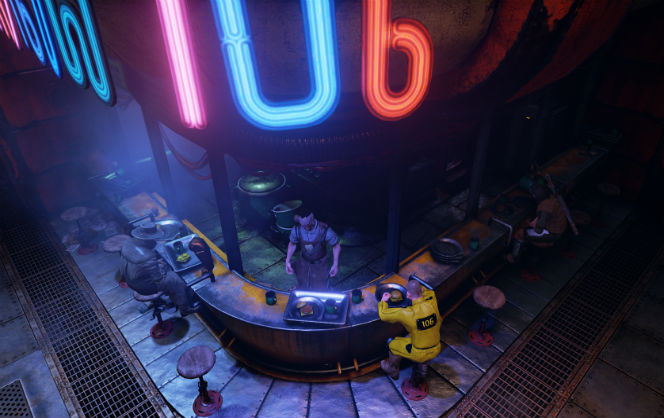 Studio MONO is asking for help with funding for their game on Kickstarter. They sit at about 70% funded with a week to go.

“This is a plea to all of the RPG lovers out here. We’ve had an incredible response to the InSomnia Kickstarter and of our Prologue chapter. With the continued support of our backers and fans, we can hit our target!” said Anatoliy Guyduk, lead developer at Studio MONO. “However, there’s still a mountain to climb, but we’re confident that once people have played our Prologue chapter, they’ll love InSomnia and the murky underbelly of a universe its set within.”

InSomnia is a Fallout inspired, dystopian future game set on a semi-deserted space station. On a 400 year trip to the ‘Evacuation Point’, the residents of a dead planet with hopes to restart a new, better mankind.

Just who is Studio MONO? Studio MONO is a Russian studio founded in 2011 by Antoliy Guyduk. Their freelance dev team consists of individuals from all over the world, including: the U.S., Malaysia, Russia, Netherlands, and Ukraine. They’ve been active in the world of gaming for many of the past years. Honestly, the game looks really interesting and if I had a good enough PC I would back it in a heartbeat. If you like what you’ve read and want to back the game click HERE (they have some pretty cool backer rewards).

InSomnia (if backed) will be launched for the PC, Mac, and Linux with an estimated delivery date of November of this year (2016). There is a playable prologue available to download on their website, so go check it out!