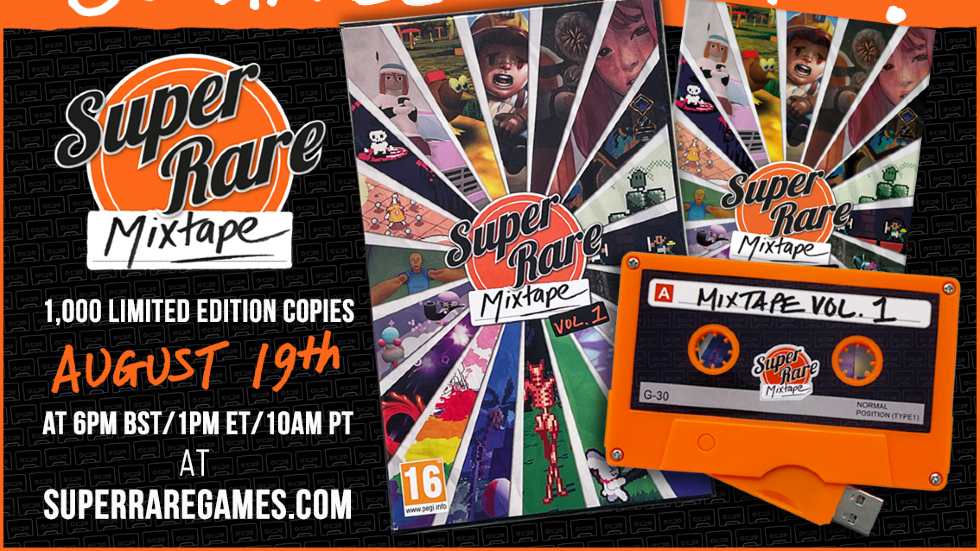 Super Rare Mixtape Vol. 1 is Going to Be Limited, So You Might Want To Grab It Soon

Ryan Brown really wants you to trust his talents in selecting indie games.

Now, this is going to carbon date back to what feels like a lifetime ago — and some of you kids are going to have no clue what this next part means — Brown is bringing back the mixtape… only he’s doing it with indie games. 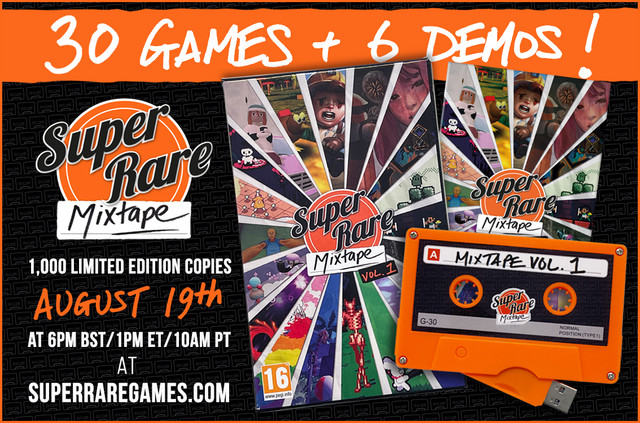 For those of you who have no clue what a mixtape is, I’m sorry you never lived through this truly glorious time to be alive. You see, back in the days when music still came on physical disks, we had the ability to burn the songs onto our computers and then add that media to blank disks. Before that, our parents had boom boxes that recorded music from one tape to another.

Why would you want to do this? Well, it usually came down to impressing a crush or a group of cool kids with your mad music skills. We even did it with each other MP3 plays for a while. I suppose you could do it even now, however you might be labelled a creeper for borrowing your crush’s phone and putting a bunch of music on it. You would spend hours finding the perfect songs to express yourself, to follow a theme or I guess do something like this.

Getting back to the point, Brown is a part of Super Rare Games, A British limited-run publisher and distributor releasing games that are or are going to become rare. Brown grew up in the indie game maker space and purports to have amassed a collection of some 40,000 titles. This archive includes games that even their creators no longer have! And with Super Rare Mixtape Vol. 1, he’s curating 30 of his current favourites, adding 6 demos for up-and-comers he’s into and bundling it all on a super-exclusive mixtape-shaped  USB drive for £28 ($48 CAD).

Brown promises that the super-secret titles are “varied games from small indie developers in the freeware scene — from retro first-person shooters and platformers to visual novels, tower defences, and quick experimental ideas, this is a showcase of pure creativity that finally gives these games the attention and preservation they deserve.” You might be thinking that there’s a lot of trusts involved with such an offer. And you would be right. But Brown writes on the Daily Mirror, has been featured on BBC and has been a juror for the BAFTA Games Awards for the past two years, so it’s safe to say he’s a professional. 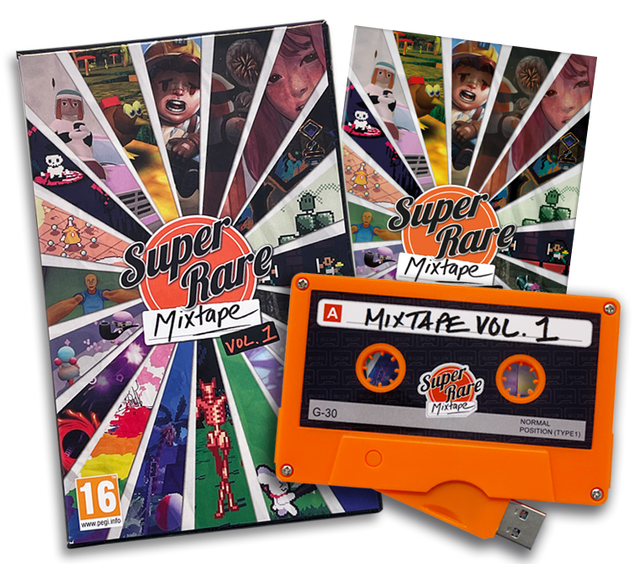 “I have wanted to create a mixtape of curated games from this special, wonderful community for far too long, and the fact that I’m writing about it now with a copy finally in my hands is beyond surreal. It’s an incredible honour to have worked with so many talented developers to support them, preserve their games, and hopefully shine a spotlight on them to entirely new audiences.” Brown writes in his statement to Console Creatures.

And following the format of Super Rare Games, this mixtape is going to be special because there’s only going to be 1,000 available as an exclusive way of testing interest in future mixtapes.