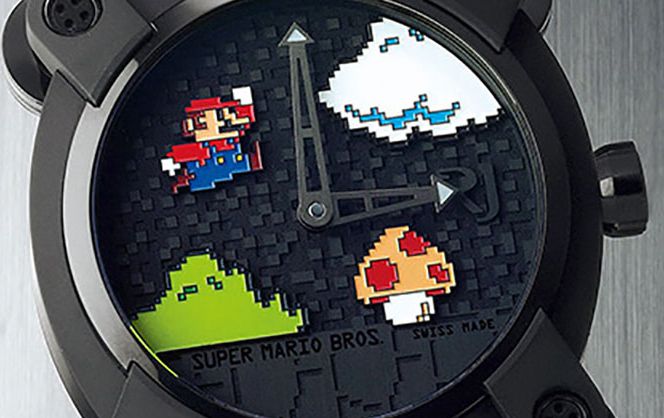 This Super Mario Watch Is Beautiful Super Mario has had a wide array of products created over the years, gum, cards, pillows, boxers, really if you can think of it then it has been thought of. This Super Mario watch from Swiss watchmaker Romain Jerome is something far better than the others, costing a whopping $27,000 and is beautiful. I don’t have that kind of money to toss around, hell, I barely do it as is.

The watch will be available in Japan at Nihonbashi Mitsukoshi as part of their “World Watch Fair,” and only 85 of these will be created for those who are interested. In Japan, the cost will be ¥2,700,000, ouch.

To each their own I guess, I’ll just be over here with my Pebble.