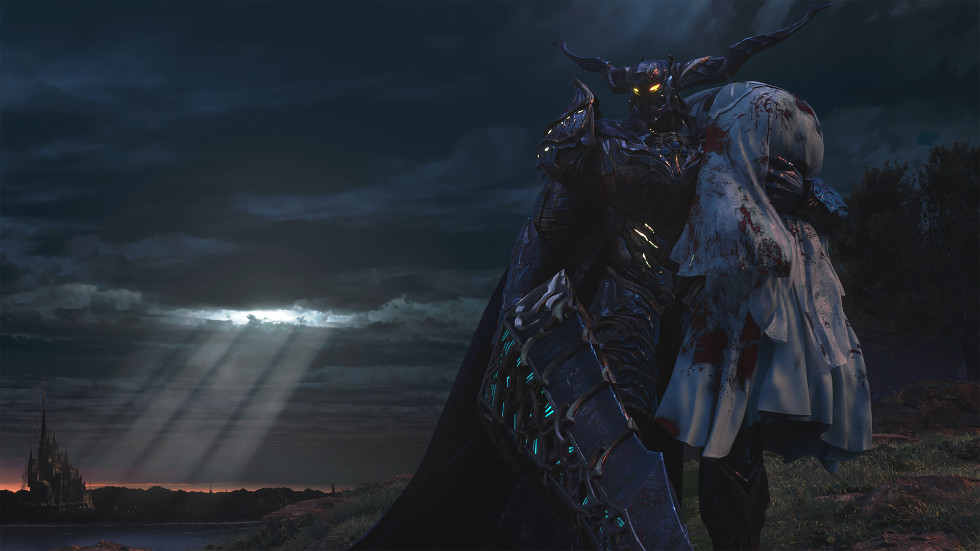 If you’ve played the first and second trial demo’s for Stranger of Paradise: Final Fantasy Origin, you may not have understood who everyone is or what their role is. Thankfully Square Enix and developer Team Ninja have some information to share about next year’s spin-off related to the original Final Fantasy.

If you’re curious exactly what Stranger of Paradise: Final Fantasy Origin is, it’s an action RPG where you play as Jack who is joined by Ash, Jed, and Neon, the latest character to join the party. Square Enix is promising a multiplayer game with multiple difficulty options, tons of jobs to choose from, and a multitude of weapons that your party is free to use.

Another thing to mention after what turned out to be a meme-filled joy ride is the lack of chaos Jack mentions in the trailer. A few months ago, all we kept hearing about was several references to chaos, leading to a new chaotic meme. However, there’s an entirely new meme the second trial demo offered that seems so far out of left field, it’s hard to image it being anything more than a joke at this point.

We also meet Sarah, the crown princess of Cornelia, who is popular among the citizens and you’ll often find her hidden among her subjects. The four warriors of light are tasked with saving the princess but Square asks, “Are these four the warriors of light who will save Cornelia as the prophecy foretold?” It seems that the four hold black crystals that resonate with each other.

Enemies and bosses all come with unique movements and you’ll need to learn their patterns and use your soul shield and abilities to survive. Weapons like greatswords, daggers, and spears dictate your job class when equipped and you acquire new abilties and jobs by using the Job Tree. In battle, you can swap freely between two different jobs at the press of a button, and in some cases, swapping out melee for magic is proabaly the right call.

In battle, Jack’s goal is to take his enemies down and you’ll need to keep an eye out for the Break gauge, that decreases depending on how much damage you inflict. There are also Action Abilities and Soul Burst, which is used when the Break gauge is depleted. When enemies enter the break state, you can deliver a finishing blow that increases your maximum MP and restores MP. In battle, you can also guard and dodge attacks and also use the Soul Shield to deflect attacks. The Soul Shield also increases your maximum MP and restores MP.

To really leave an impression, when you have two or more full MP bars, the option to use Lightbringer becomes active. This ability makes it easier to finish enemies with soul burst and is good for crowd control.

Gear also plays a major part in ensuring your survival. Throughout the game, you’ll come across pieces of gear that can be found in treasure chests or looting from enemies.