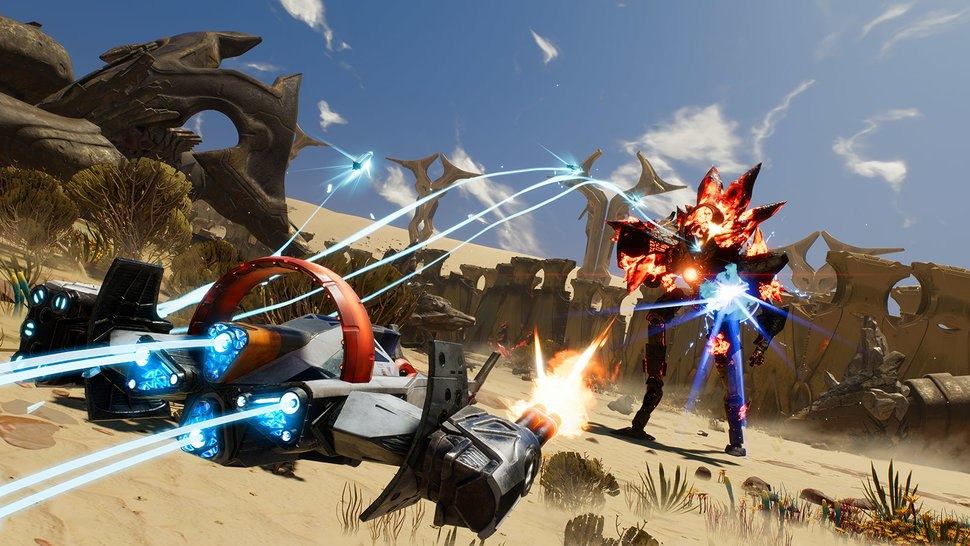 Starlink: Battle For Atlas No Longer Getting Physical Toys

Last year’s Starlink: Battle for Atlas launched to success and acclaim from critics and consumers. The game offered a wonderful new world to explore and even had the entire Starfox team show up on Nintendo Switch for a pseudo-sequel.

The caveat behind Starlink is the toys-to-life aspect. Upon launch, the base game came standard, but Ubisoft created a series of physical toys, weapons, and pilots to use and unlock in the game. As of today, however, there are no more toys coming.

Instead, going forward, all new ships, weapons, and pilots are fully digital. So if you want, a new ship, it’s only available digitally, This was confirmed in a post on the game’s official blog.

Despite the immense and continuous support from our players, the sales for Starlink: Battle for Atlas fell below expectations. Consequently, we recently made the decision to not release any additional physical toys for the Spring update and in the future.

This was always a risk for Ubisoft, and while I thoroughly enjoyed the ship models for how sturdy they were, how cool they looked, and how they worked with the game, toys-to-life is a stale concept.

I hope this isn’t the end of Starlink, but, a new beginning with a focus on content and story instead of physical toys.