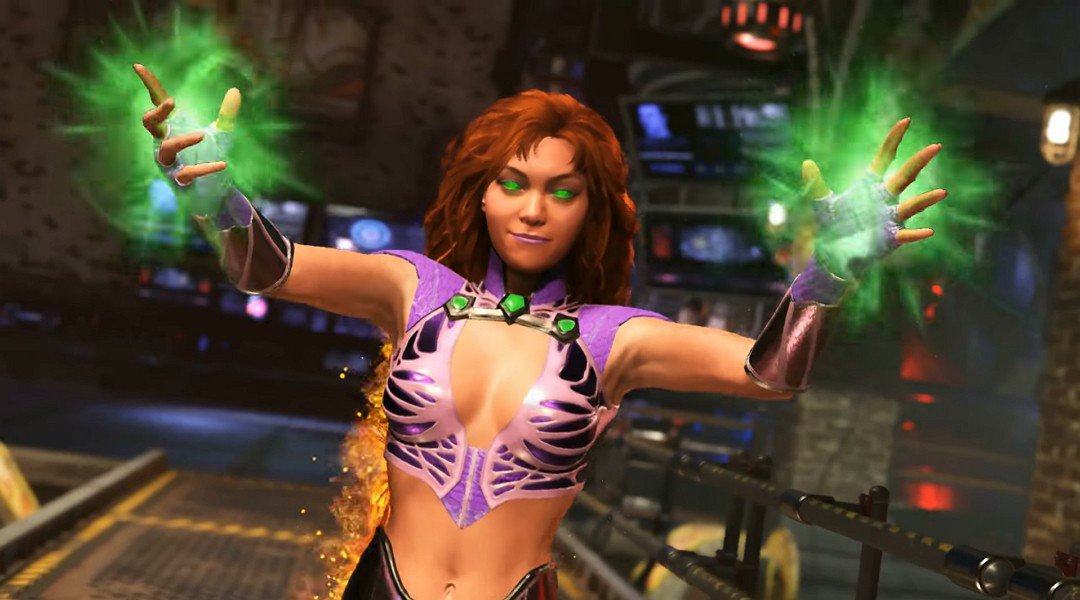 Starfire Shows Off Her Powers In New Injustice 2 Trailer Recently Warner Bros. revealed the newest addition to Injustice 2 roster, Starfire, in epic gamplay footage that shows off her powers.

The new trailer revealed at San Diego Comic-Con on Friday shows off why you wouldn’t want to make the Tamaranean Princess upset. The footage starts off with us seeing that Starfire is angry because of the death of Dick Grayson and wants some payback with Damian Wayne. Using her powerful energy beams, projectiles and her supernova super we see that she puts up a fight through a montage of gameplay footage.

You can check out the full trailer below.

On Friday, Warner Bros. Interactive Entertainment and DC Entertainment revealed gameplay for the newest addition to the top selling Injustice 2 character roster: Starfire. Motivated to action by the death of Dick Grayson, Starfire shows off deadly energy beams, celestial projectiles and her supernova super in the new gameplay trailer.