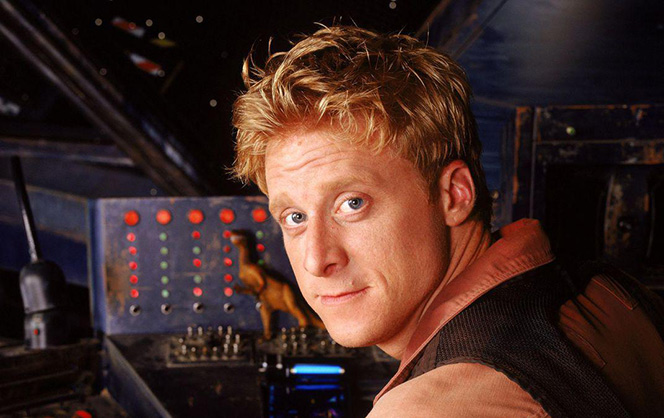 When you boot up Uncharted 4 next year you’ll be playing an entirely new game. What do I mean by that? Well, according to Firefly and Star Wars: Rogue One actor, Alan Tudyk, he left after Naughty Dog made some “weird changes.” Speaking with IGN about upcoming project, Con Man, Tudyk, revealed he left because the management over at Naughty Dog decided to take the project in an entirely new direction, scrapping over eight months of voice acting. Upon seeing the new direction for Uncharted 4, Tudyk left the project.

“I worked on Uncharted, the one that has yet to come out – I was doing a role on that. Really, I hadn’t seen [Nolan] since he and I had recorded years before,” he began.

“I liked it… they… ummm… they fired… ummm… [lets out a massive sigh] I left, I quit! [laughs] So, I didn’t like it. I mean, I left because they decided to go a different way with it and so when they did that, when they changed leadership, it made my contract null and void and I was able to take that opportunity to walk away which was great because I got the experience of doing it, I made some friends – not with Naughty Dog – but I made some friends with the people that left.

“Todd Stashwick was in that as well who is in Con Man and he did the same thing I did which was ‘yeah we’re gonna leave now. Y’all are making some weird changes, we’re gonna leave’. Sorry Nolan, we left you, we just walked away, we abandoned him.”

Uncharted 4 will launch next year as entirely different game.