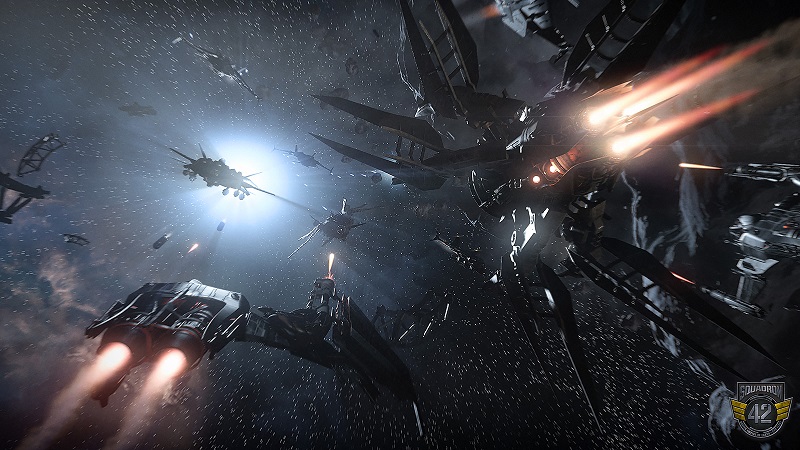 The upcoming single-player portion of Star Citizen, titled Squadron 42, recently received an official trailer that contains some great acting talent such as Mark Hamill, Gillian Anderson, Gary Oldman, Mark Strong, Henry Cavill, and John Rhys Davies. It is a very impressive trailer to say the least. Star Citizen has been in development since 2012 and we are still waiting for an official release date of both Star Citizen and Squadron 42, but by the looks of this trailer the wait will be worth it when it finally arrives on PC.