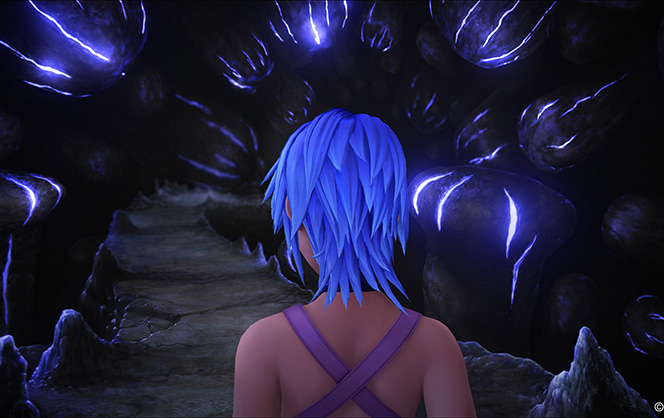 Gamescom is just under a month away and developers are beginning to release their lineups for the trade show in Germany that runs from August 19 – August 21 in Cologne.

Square Enix presents a number of premieres at Europe‘s biggest trade and consumer show for interactive entertainment on over more than 1,100 square meters of booth space featuring more than 220 hands-on stations for gamers eager to try out upcoming releases.

From August 19th to August 21st, visitors of Gamescom in Cologne, Germany can go hands-on with a wide variety of top titles from the Square Enix portfolio. This includes the worldwide-first consumer hands-on of a new part of the action blockbuster roleplaying-game FINAL FANTASY XV. In addition, gamers can look forward to hands-on with the dystopian action-roleplay DEUS EX: MANKIND DIVIDED, and the mobile game DEUS EX GO from the DEUS EX UNIVERSE. Fans can also look forward to the stealth-action game HITMAN and as a European premiere the PlayStation 4 version of RISE OF THE TOMB RAIDER: 20 YEAR CELEBRATION, right in time to celebrate the award-winning and legendary series featuring Lara Croft.  MMO-fans can compete in exciting PvP battles of the award-winning MMO FINAL FANTASY XIV while gamers can look forwards to hands-on with DRAGON QUEST BUILDERS, WORLD OF FINAL FANTASY, FINAL FANTASY XII, KINGDOM HEARTS HD 2.8 FINAL CHAPTER PROLOGUE. Last, but certainly not least, SQUARE ENIX COLLECTIVE will be showcasing some great upcoming talent, with THE TURING TEST, BLACK THE FALL, TOKYO DARK, OH MY GODHEADS and GOETIA.

Square Enix is welcoming visitors to rest and recharge their devices in front of a gigantic LED in the middle of the booth.

As in the previous year, the Square Enix presence stretches over two locations in hall 9. The main booth (hall 9, B31/B41) includes both the hands-on areas for FINAL FANTASY XV and FINAL FANTASY XIV where players compete in daily Battle Challenges against the gigantic primals Sephirot and Thordan. DRAGON QUEST BUILDERS, WORLD OF FINAL FANTASY and KINGDOM HEARTS HD 2.8 Final Chapter Prologue are also located at the main booth as well as HITMAN, DEUS EX: MANKIND DIVIDED and RISE OF THE TOMB RAIDER: 20 YEAR CELEBRATION for visitors above the age of 18. Consumers waiting in line for one of the presentations or hands-on stations can pass the time by checking out the upcoming mobile release DEUS EX GO at one of the many hands-on stations.

MMO fans are called to arms at the FINAL FANTASY XIV: BATTLE ARENA (hall 9, C51), where gamers face-off against all the powerful primals featured in the game in order to win attractive prizes, fans can also enjoy show matches on stage, a signing session, and a cosplay competition. Commentating on the FINAL FANTASY XIV action live are Mori, Wolverous, EisohneWaffel, and Sissor.

“At this year’s E3 we presented our biggest line-up ever. At Gamescom 2016 we will set another mark with the biggest show in our history,” says Phil Rogers, CEO Square Enix Americas and Europe. “We are very happy to offer hands-on of these highly-anticipated titles to gamers from all over the world.”

Fans are also invited to visit the booth of Square Enix Products in hall 5.2, booth E12 to check out all the upcoming products and purchase some special items. FINAL FANTASY XV – Ignis Play Arts KAI and Silver Pendant Ring of Lucii will be sold for the first time among other new and amazing merchandise.  Visitors will also get the chance to try the highly anticipated FINAL FANTASY TCG in its German version and secure an exclusive FINAL FANTASY VII Remake Cloud Promo card!