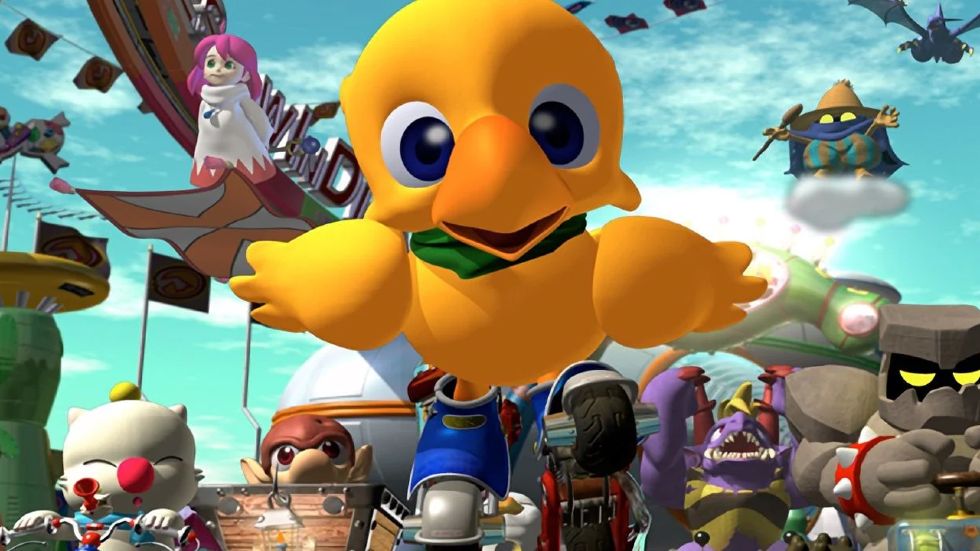 Growing up I’d always see Chocobo Racing on the shelves at my local Blockbuster. Paired with some really cool 90s advertising in all the gaming mags I’d read, I knew I had to own a copy. I’d inevitably receive a copy for a birthday and enjoyed it for what it was — nothing special but more ways to access Final Fantasy content as a child.

The original had you controller various characters from the series while facing off against others and AI in go-karts. Other characters may have used magic carpets or flew through each lap. It was a weird game for the time and nothing exactly worth mentioning now. However, it had a ton of familiar faces and that’s what I wanted at the time.

Now, it looks like Square Enix is trying to revive the series after having cancelled the sequel announced in 2010 for the Nintendo 3DS. At the time, the game was cancelled because it didn’t live up to expectations and that closed the chapter on a new game. Until today that is, as it seems there is rumbling of a new game in the works.

Square Enix has trademarked Chocobo GP in English and Chocobo Grand Prix has also been discovered in Canada, Australia, and Europe, per Gematsu.

Right now, it’s hard to tell what this project is. I’m hoping it is a new game and not a remake/remaster.