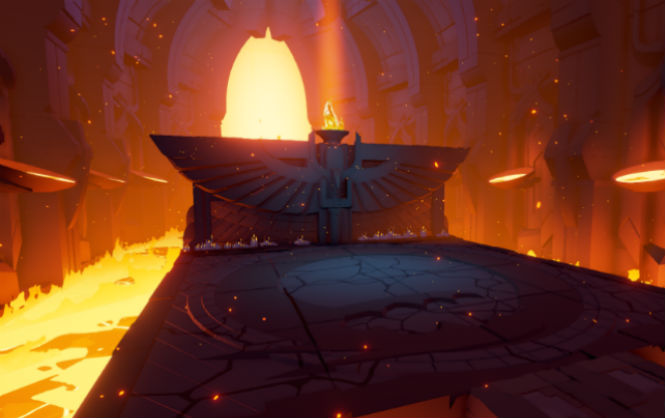 Spearhead Games, the visionaries behind Stories: The Path of Destinies, has announced their next adventure. Omensight is a fate-shaping, adventure game where you take on the role of a skilled warrior who exists outside of time, you are the Harbinger. When you see a vision foretelling the destruction of a foreign land, Urralia, you must identify those who may have played a part in the chaos and whether or not you will fight with or against them.

“When we released Stories: The Path of Destinies in 2016, we were thrilled with the response to its narrative structure,” says Malik Boukhira, Creative Director on Omensight. “Players told us how they enjoyed manipulating time to collect all the different endings in the game. With Omensight, our new original title set in a fresh universe, we’re taking this idea one step further. What we like to call the ‘narrative puzzle’ will extend to a range of diverse characters in Omensight, and we can’t wait to see how players navigate the intricacies of these characters’ actions and reactions to solve the mystery of Urralia’s demise.”

Omensight features voice talents that many will surely recognize such as Patricia Summersett from Legend of Zelda: Breath of the Wild, and Julian Casey of We Happy Few fame. The writing team consists of some heavy hitters as well, such as Nadim Boukhira (Stories: The Path of Destinies) and Genese Davis (The Holder’s Dominion), with some help from Chris Avellone (Fallout: New Vegas, Torment: Tides of Numenera, Prey) who will be assisting with the script.