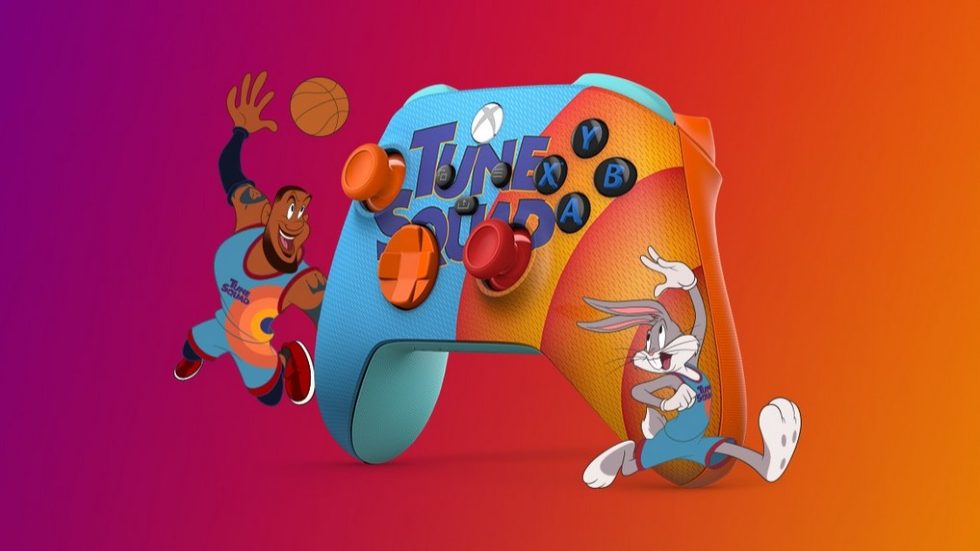 The Best Thing About Space Jam: A New Legacy Are The Xbox Controllers

Microsoft has been a supplemental partner for Warner Bros. offering a ton of coverage for Space Jam: A New Legacy, which is out on July 16 on HBO Max and in theatres. We’ve seen the arcade-style video game inspired by fans around the world and developed by Digital Eclipse, the three exclusive Xbox controllers based on the Goon Squad, Toon Squad, and Servoverse. 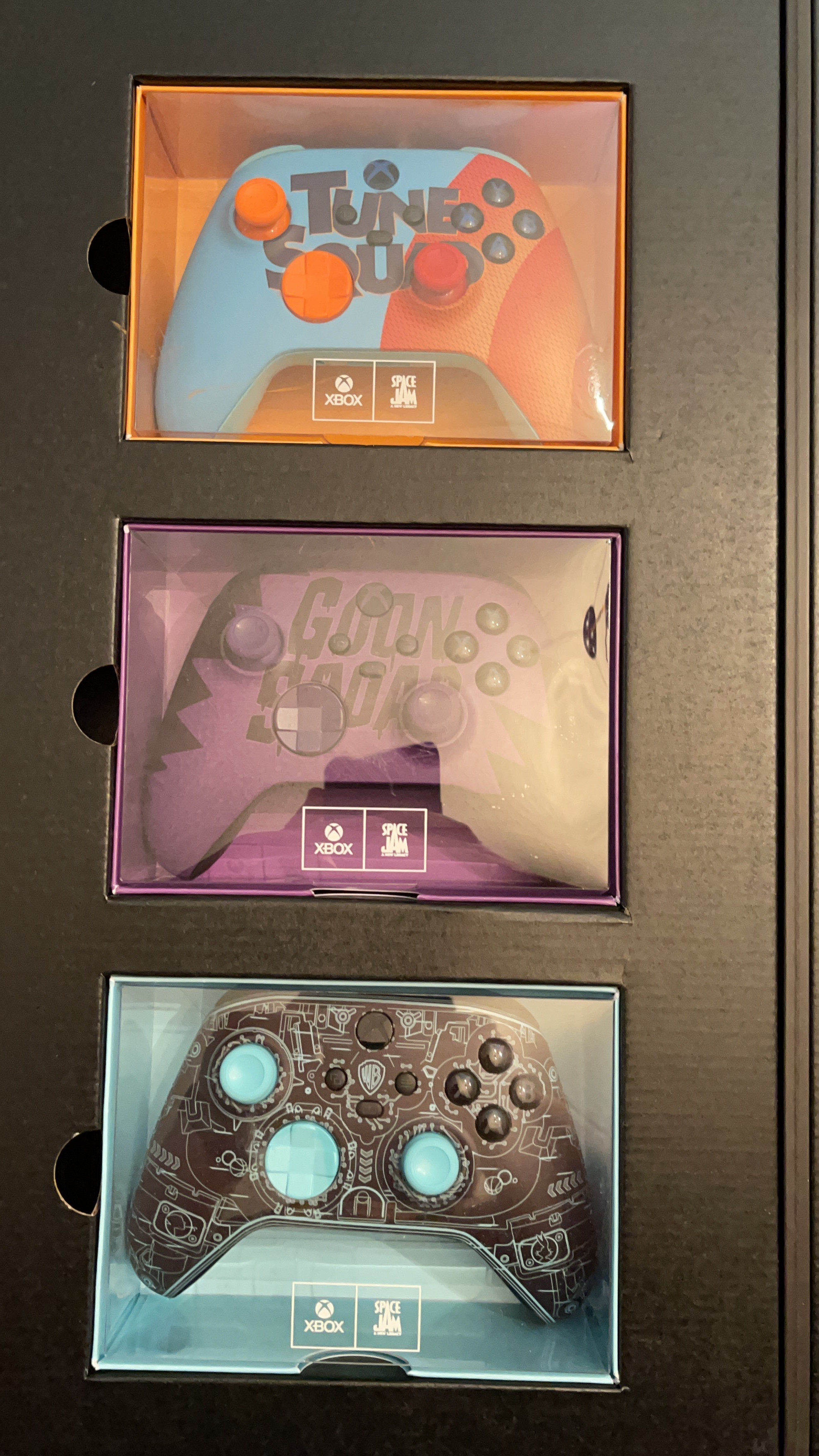 Not only that but Xbox, Warner Bros. and Nike are teaming up to offer an exclusive bundle that includes a unique shoe based on the Lebron 18 Low, featuring Road Runner vs Wile E. Coyote and an exclusive Xbox Controller.

The new controllers based on Space Jam: A New Legacy are beautiful too, and I wish there was something like this when the original launched in 1996. I’d have been all over those as a kid, especially by how taken aback I was by the original film. Even though decades later the original doesn’t hold up at all and it looks like the response to the sequel is tepid at best, the marketing has been on point. That’s clearly been the beast powering this machine and while Lebron James is a massive star in his right, nothing is more marketable than a physical product. 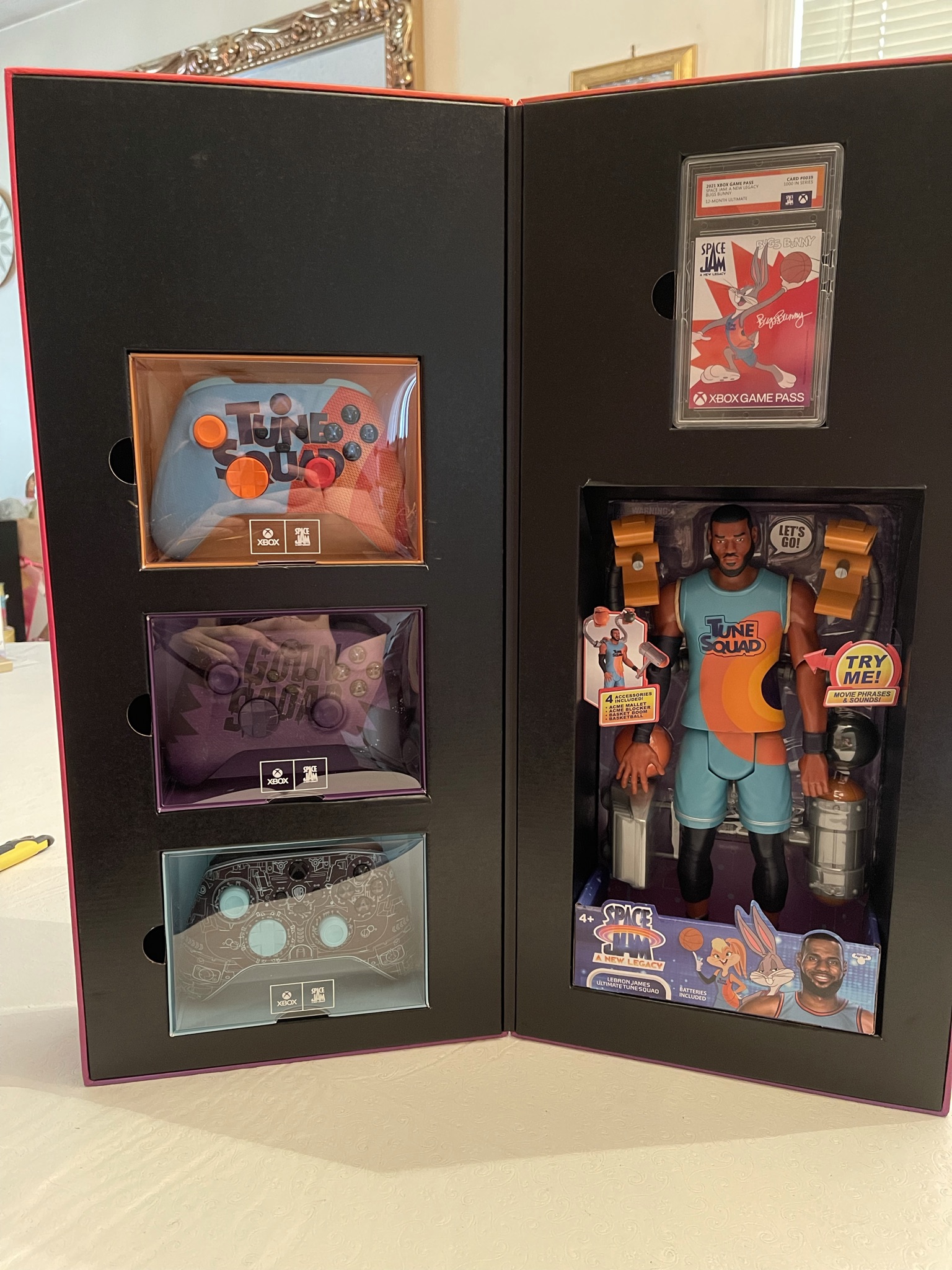 Of the three exclusive Space Jam: A New Legacy controllers, my favourite has been the Servoverse controller. It’s not only sleek and gorgeous, it feels great to use and reminds of Tron Legacy with the blue and black colour scheme. It’s basically checking a ton of boxes that I’ve always wanted in a controller. If you’ve used the newer model Xbox controller it includes sculpted surfaces, refined geometry, and enhanced sharing options, with a hybrid D-Pad offering players a refined input pad. 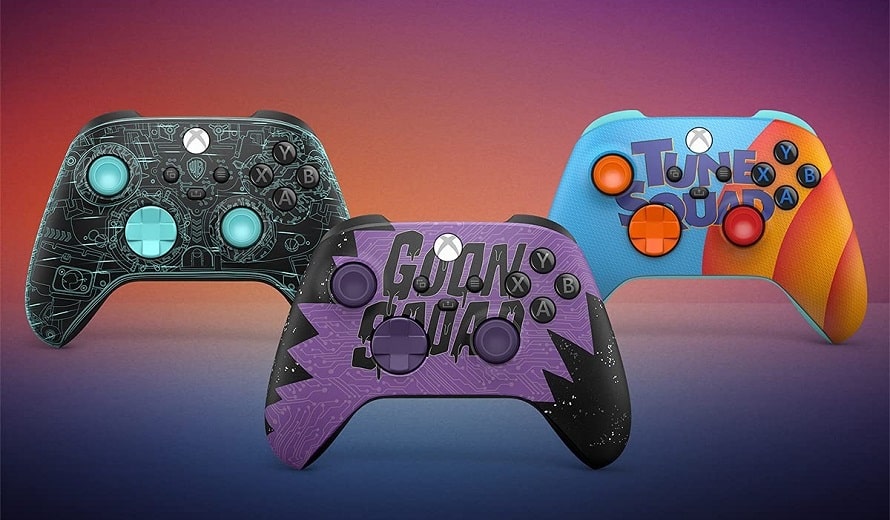 While A New Legacy might not be the sequel we wanted, the marketing around the property has been nothing short of intense. We’re seeing commercials, tie-ins, Twitter emojis, and anything else you can throw a logo on being sent out to market.

This latest batch of branded Xbox controllers is the one that’s made me a hobbyist. What I mean is I appreciate Xbox’s marketing tactic by creating these beautiful, branded Xbox controllers that while universally the same, offer some great visual designs. After watching Space Jam: A New Legacy I can say without a doubt that the best thing that’s come out of the entire experience are the three branded controllers based around the three factions from the movie.