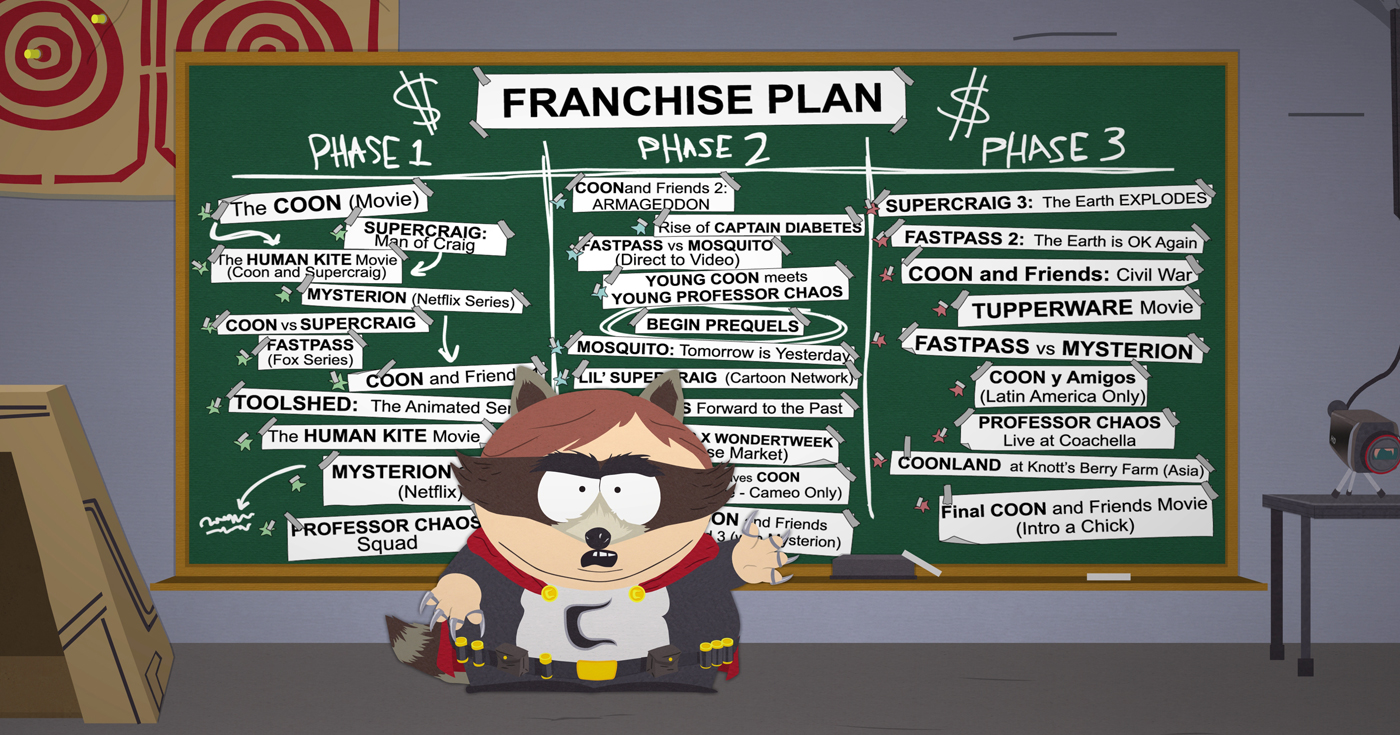 Just a day after Ubisoft announced plans for their 2017-2018 fiscal year the AAA studio has finally announced a new release date for South Park: The Fractured But Whole (TFBW).

After several delays the studio announced this morning that the game will be available in stores on October 17 for PS4, Xbox One and PC. Those that pre-order the game will get a free copy of the game’s predecessor, South Park: The Stick of Truth, and Towelie as an in game assistant. South Park: TFBW will also be available in four different editions: Standard, Gold, Steelbook Gold and Collector’s edition. The Gold Collection’s will include the game’s season pass, extra in-game costumes, a steelbook case and three additional south park Post Cards. As well as, the Collector’s edition will include a 6-inch Coon figurine.

Fan’s also got a new trailer called The Farting Vigilante that you can check it out below.