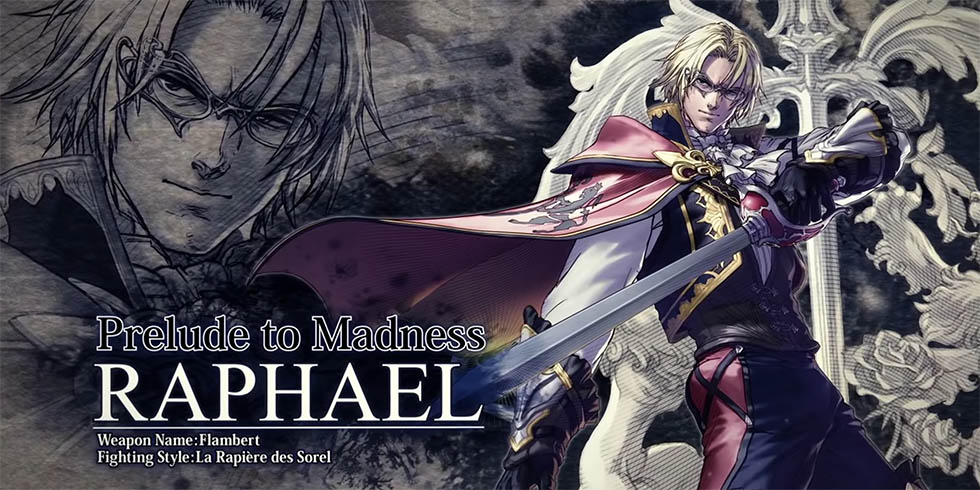 Raphael is the latest fighter to join the roster for upcoming Soulcalibur VI.

The french swordsman was officially revealed with a new trailer to showcase his talent with a rapier, full of grace and quips it seems.

While this reveal isn’t new to fans of the series, given that Raphael was mistakenly revealed at a event held in Australia earlier this month after the wrong build of the game was used.

Since joining in Soulcalibur II, Raphael has been a personal favourite of mine. His combos are deadly when chained correctly and he is an unstoppable tour de force that can compete with anyone.

Notably, this iteration of Raphael seemingly does away with the vampiric nature he has been known to have in past games. His outfit and demeanor show his more human side, whereas he’s been a tormented soul the past few games.