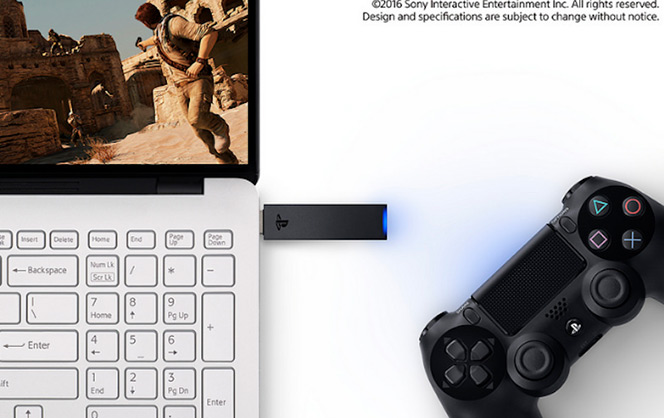 Sony has announced that their PlayStation Now service is making the jump to PC. The service is rolling out across parts of Europe now and North America soon after.

This will allow more gamers to access the PlayStation library of over 400 titles including the Uncharted series, Ratchet and Clank and God of War. You can find something for anyone!

Sony also announced that DualShock 4 wireless adaptor is coming in September for PC:

We’re also introducing a new device, the DualShock 4 USB Wireless Adaptor, which launches in early September for a suggested retail price of $24.99 ($29.99 CAD). This adaptor will let you connect a DualShock 4 to PC and Mac wirelessly, and will enable every feature of the controller you know and love: buttons, analog sticks, touch pad, light bar, motion sensors, vibration, and stereo headset jack – as long as the gaming application supports these features.

The adaptor is a great match for playing PS Now on a computer, but you can also use it for PS4 Remote Play on PC and Mac. If you haven’t yet downloaded Remote Play on your PC or Mac, grab the installer here. Of course, owning the USB Wireless Adaptor isn’t required, as you can connect a DualShock 4 using a USB cable.