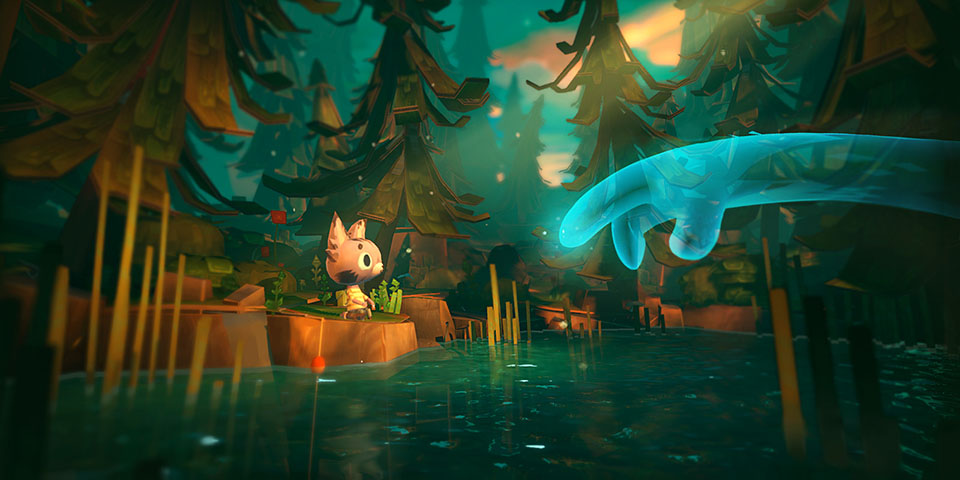 The fourth game on the countdown to E3 was revealed today and this one was for PlayStation VR. The first announcement was Tetris Effect, the second was the Days Gone release date, the third was Twin Mirror and today was about Ghost Giant which is currently being in development by Zoink Games, the studio being Fe.

“In Ghost Giant, you meet young Louis. He lives in an out-of-the-way part of town, where he tends to the family sunflower farm together with his mother. Life isn’t always that easy though, and Louis is incredibly lonely. That is, until you enter his life.”

It is experiences like this that make me excited to be a gamer, where things aren’t about shooting at enemies or mowing down oppoenents with a sword, but in colorful games that play with our minds in new ways. This looks fantastic in so many ways.