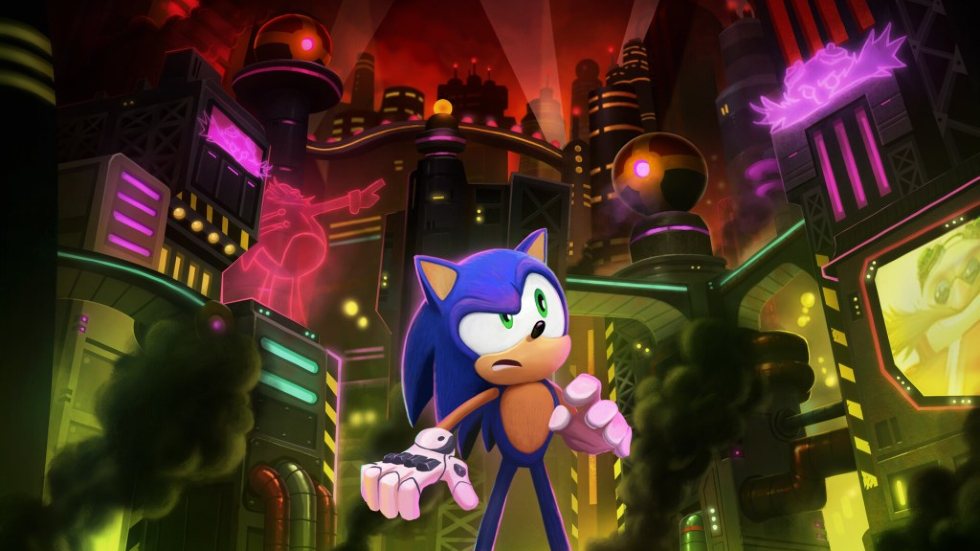 Sonic Prime, the new animated series set to launch later this year on Netflix, has received a first look at the show’s stylish take on the blue blur. The concept art comes from a user’s ArtStation post, which has since been removed after being discovered.

A Redditor discovered a link to Patrick’s Horan’s ArtStation post, which wasn’t online for too long, but long enough to be discovered and saved. A post from Nintendo Life states, that Horan’s original post mentioned he worked on painting and ensuring the layouts were cleaned.

Tails’ Channel, a Sonic the Hedgehog fansite, grabbed the images and posted them, giving us a look at the stylish take on Sonic and friends. It looks to not only include Tails but several iterations of Dr. Robotnik. It’s hard to say who exactly else will be part of the new show but the original three and Amy are confirmed to be included.

Netflix’s Sonic Prime will consist of 24 episodes and builds upon the momentum of Sonic 2020, with 2021 being the brand’s official 30th anniversary. Wild Brain Studio is working on the series and will produce, distribute, and license the series.

I will say this, I dig Sonic’s new shoe design. It is exactly something you’d see sell as part of the Yeezy lineup.