After seemingly leaking on the South Korean Rating Board, Sonic Origins is now officially set to launch later this summer on Sonic’s birthday.

Featuring remastered versions of both Sega Genesis classics Sonic the Hedgehog 1, 2, Sonic 3 & Knuckles and Sonic CD, the digital release will offer some of the most iconic games of the generation to players on new consoles.

Sega says Sonic Origins will feature remastered visuals with new features, content, and more coming. Players will be able to switch between the Classic experience or the Anniversary Mode at will and will include full-screen support with infinite lives. There are also missions to complete, medallions to unlock new content and a museum to check out all the in-game goods available. 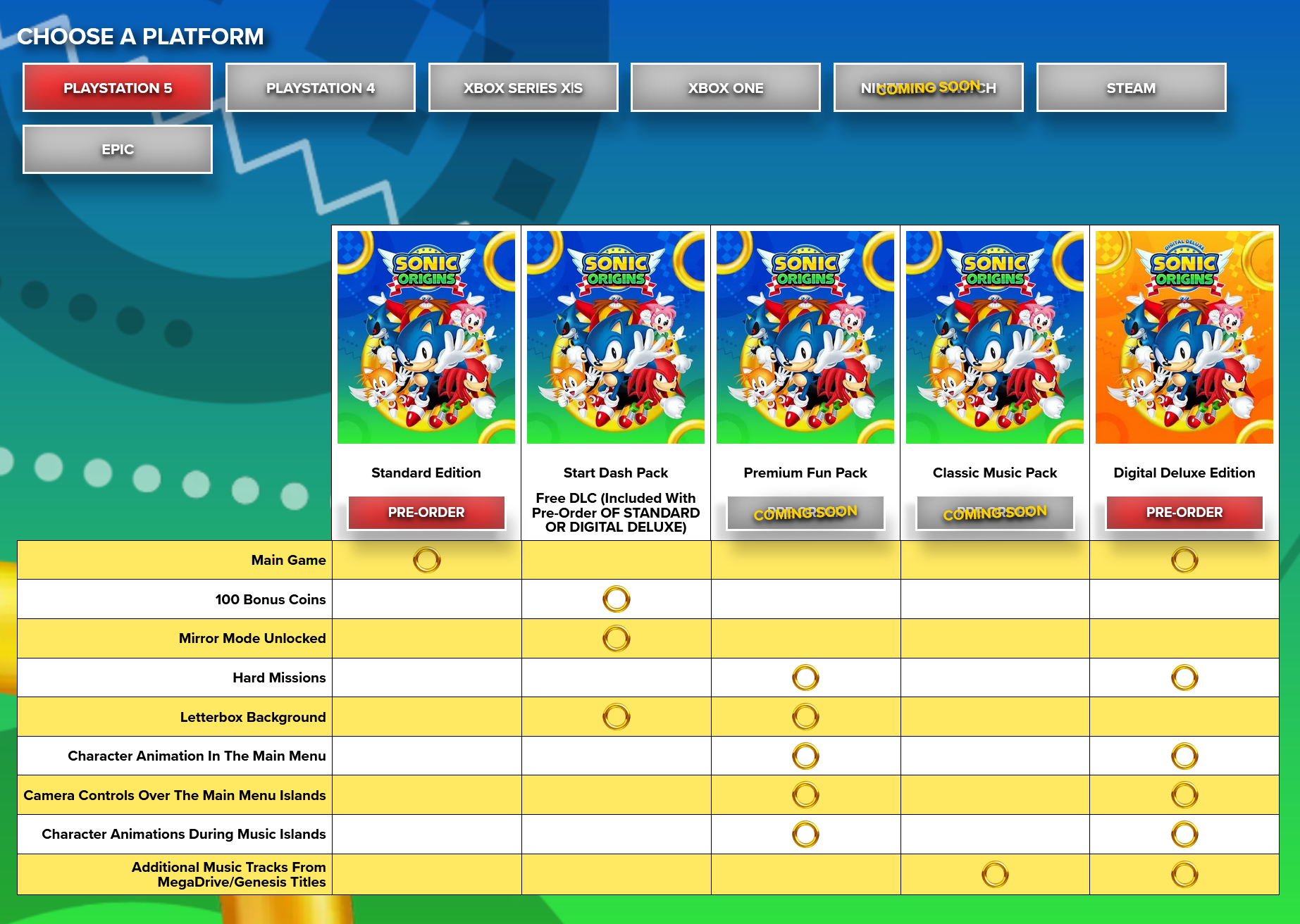 The one thing that’s a bit concerning is the pre-order status and how you need to look at a chart to understand what you want to pick up. The standard version will retail for $54 CAD while the Digital Deluxe costs a few bucks more at $59 CAD.