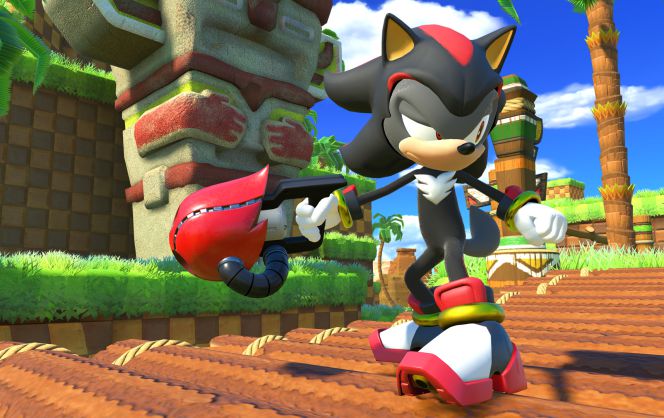 Sega has announced that digital pre-orders for Sonic Forces is now live, so if you’re looking to go digital you can now do so on PlayStation 4 and Xbox One, the copy is priced at $54.99.

In case you weren’t aware, Sonic Forces is developed by Sonic Team, the same group who brought us Sonic Generations, one of my favourite Sonic games in recent memory, I’m stoked to see Shadow being implemented in this game, it’s been some time since we’ve last seen Shadow.

SEGA also revealed today that there will be an Episode Shadow Add-on available starting on launch day. The Episode Shadow Add-On focuses on the mysterious backstory between Shadow and Infinite and includes an additional three Shadow stages plus the ability to replay as Shadow in over 10 Modern Sonic Stages. As a thank you to fans, the Episode Shadow Add-On will be FREE to everyone who purchases Sonic Forces, including those that have already pre-ordered the Physical Bonus Edition. On top of that, if you pre-order the Digital Bonus Edition, you’ll also receive a Shadow costume for your Hero Character.