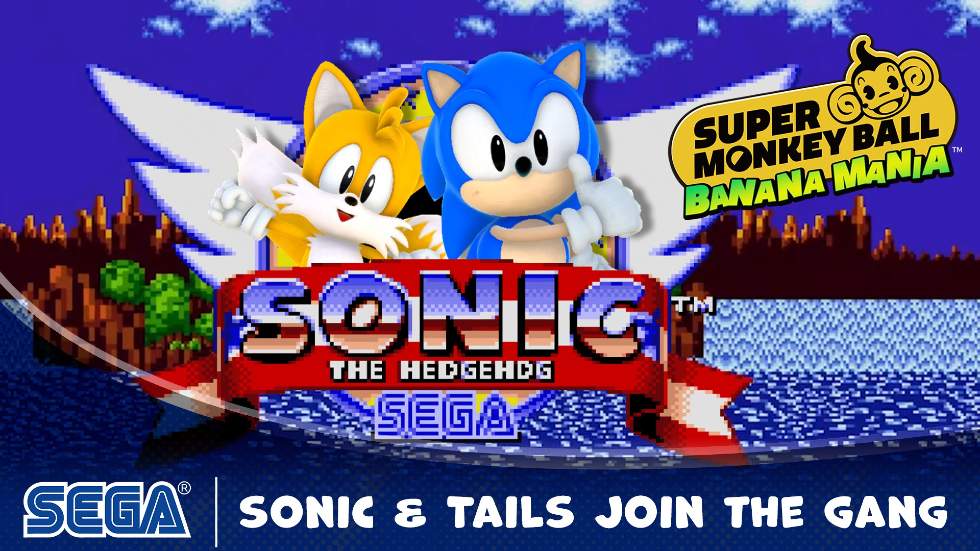 Sega’s official Twitter account revealed that both Sonic and Tails are joining Super Monkey Ball Banana Mania as playable characters, free and unlockable on all platforms.

While the Blue Blur had already appeared before in Super Monkey Ball: Banana Blitz HD, this marks the first appearance for his two-tailed sidekick Tails. Celebrating both respective 20th and 30th Anniversaries of Super Monkey Ball and Sonic The Hedgehog, the duo are playable in all 300+ levels and collect rings instead of bananas.